Can kids be friends after bullying?

Teachers In elementary schools may encourage younger children to be friends again after bullying incidents. This is suitable if it was a minor incident, where the children have learned a lesson and moved on. But if another child has been bullying your child for a while in a more extreme situation, the friendship may be completely cooked.

Forcing a child to continue to interact with someone who has been unkind reinforces perilous outcomes.  Will that child then think that they should accept abusive behavior from others when they are older? Completely severing a friendship may be challenging when you have to see someone every day at school, but your child can distance themselves and move on to a different friend.

Can you be friends with the parents of your child’s Bully?

It can be difficult if your family were friends with the family whose child has turned into a bully. It’s one thing for kids to drift away to other friendships, or to have phases of not liking someone for whatever reason, but feeling like someone is bullying your kid is a perfectly legitimate reason to no longer wish to be friends with their whole family.

Shonda said her family experienced a very difficult situation when her son’s friend turned into a covert bully and only caught out at the end of a long period. Both families had been friends, even had dinner together, but once the true extent of the bullying was revealed it became clear that the families’ friendship was no longer possible. The kid who they had recently welcomed into their home had been trying to turn mutual friends against her son at school, encouraging other children to “hunt” him on the playground.

What was even more disturbing was after the bully was caught, he lied outright to three teachers claiming that he hadn’t been doing anything wrong. Even worse, caught and reprimanded he still continued the bullying, forcing Shonda’s family to put in a second compliant to the school. The bully, who we will call Luke, had no real remorse for his actions.

Mutual school friends forced Luke to apologize to Shonda’s son, and other witnesses came forward and told Shonda’s family about Luke’s cruel and abusive behavior. The parents came to a conclusion that even though Luke’s parents are nice people, the kid was completely morally bankrupt and not someone that they would want near any member of their family. By age ten children should know the difference between right and wrong, and what their kid was capable of, was truly frightening.

Your child is going to watch how you handle your own friendships in difficult situations like this. It is important for your child to know that you support them. Sending a message that you are still friends with their tormentor (or his family) is like condoning that is OK to accept bullying behavior and be treated poorly to keep the peace. It is not fair for you to make your children play with someone who is bullying them simply because you want to be friends with their parents, or it will make teachers lives easer. Remember you are a parent first, and a friend second.

Even though you no longer wish to be friends with their family, it is recommended that you don’t go around badmouthing the parents of the bully. If the kid is as bad as you think they are, the other parents will figure it out on their own soon enough. 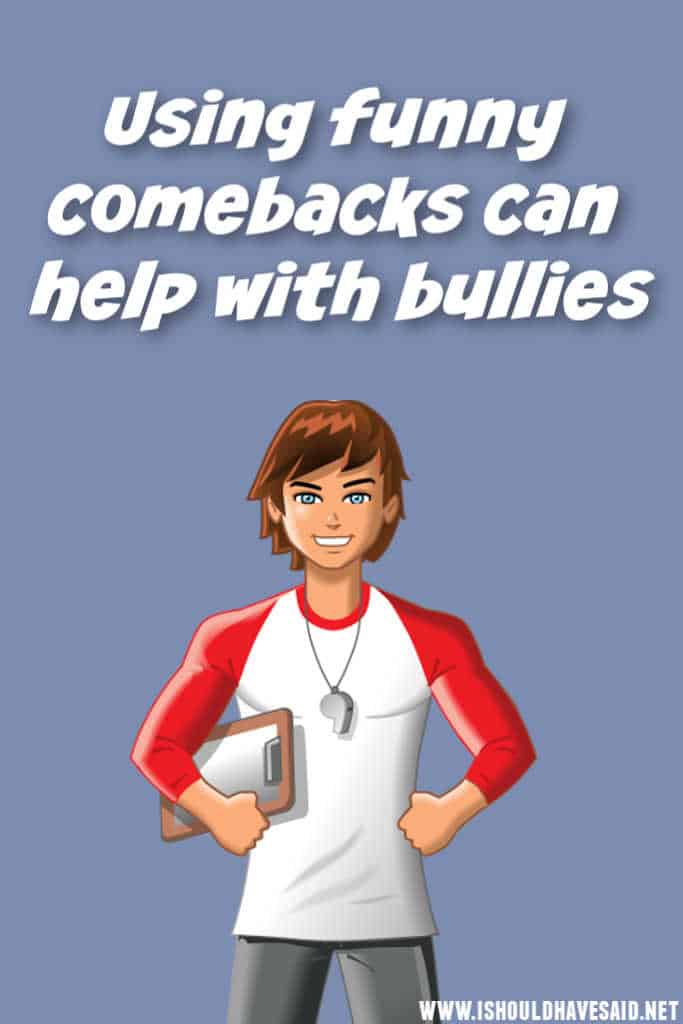 Our web site constantly receives emails from people who tell us that using the comebacks have really helped them out, stopped or reduced bullying and we have even been told that the comebacks have “saved their lives” (OK that may be an expression but still significant).

Bullies often pick targets who they know will not respond, someone they can identify as an easy mark. If you are quick witted, and say something funny, the bully may move on seeking another target and leave you alone. When you are being picked on you may feel vulnerable, so having a snappy comeback ready can disarm your bully.

Bullies like to show off in front of their friends, so they want you to react, get upset and show emotion, instead respond calmly and zing them with a comeback. It may even make their friends laugh at the bully and defuse situations. They are looking for someone who they think they will be able to get away with it, someone unlikely to respond, or protect themselves.

Who do Bullies Target?

Bullies often prey on what they consider to be a perceived weakness or contrast they can highlight. Most of us have something different about us that bullies may try to use against us.

One thing that you can do is be prepared for a verbal bully. Go through the site and pick a few good comebacks that are appropriate for your situation and that you feel comfortable saying. Practice using the comebacks, and then get a relative or close friend to test you on your response and delivery. We’ve found it best to be assertive and humorous when talking back, but not angry or reactive which gives bullies energy to feed on. Hopefully you already have some strategies and a plan.

If the bullying persists, or starts to get out of control, keep a record of the events and then report the situation to your school or your employer. Remember, no one deserves to be bullied.

How to Catch a Bully 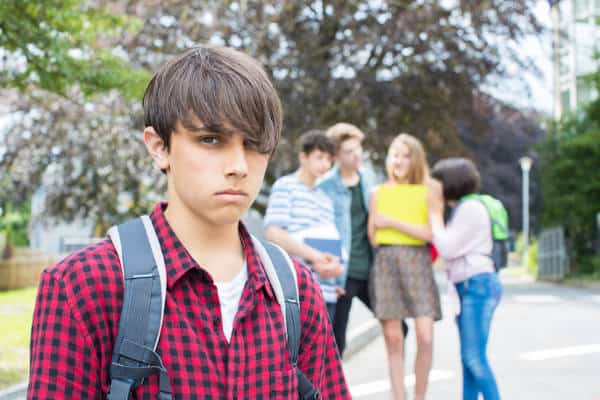 There is a certain class of bully that is really slippery to catch, they  are master manipulators and know how to get away with bullying without getting caught. Bullies will hide their tracks and even manipulate other kids into bullying their target, so they can’t be held accountable.  One mother knew a child was bullying her daughter, the bully was a popular girl at school, a good student and the nobody at the school would take the families’ complaints seriously. While the parents “knew” she was the mastermind and instigator, some form of proof was required to get corrective changes at the school. Similar problems can arise not just with kids but with after school  care, coaches, supervising adults etc, where sometimes the kid is believed last if he has a problem. 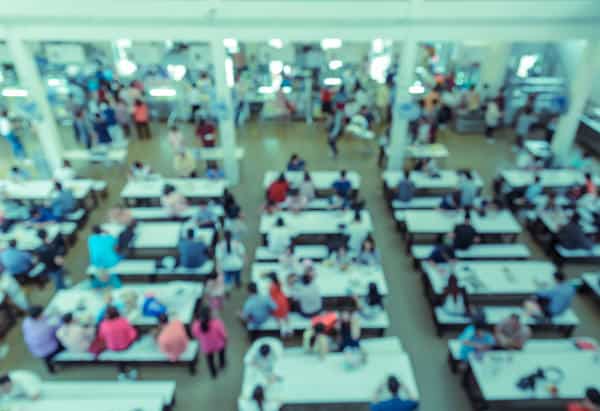 Bullies don’t bully in the classroom

Even when a bully has been identified by the school and they are being monitored, they can be difficult to catch without evidence (which for bullying is best as audio/video). The school will often ask  other kids who saw something happen to be witnesses, and younger children don’t always fully understand what happened in a bullying situation.  Getting teachers to watch for behavior is often ineffective – bullies don’t do it in front of the teacher, they do it away from the lunch monitors away from the teachers.  Another hurdle is the HALO effect, where teachers or leaders don’t believe the bully is capable of bullying. For example, the most manipulative cunning bullies can be the captain of the football team or a straight A student, and the teachers don’t believe that the student would bully anyone. When one boy was caught out for being a bully, he lied directly to three teachers claiming he never did anything wrong, he thought he could get away with it because of his squeaky clean image.

How to catch a bully

For the worst kind of repeated bullying there is a great solution that overcomes all these hurdles. Buy a covert minicam that can be switched naturally at key times and capture good quality video for a suitable period like an hour at a time, is ideal even for elementary students. There are pen like products that can be clipped on to a coat pocket at chest height, and switched on easily by pushing the top of the pen. They can last over an hour of recording time per charge and the quality is good for identifying people. Yes, cells have cameras but first are often not allowed at school, and second are obvious when recording, unlikely to pickup covert bullying then. I stress that this suggestion is only for the purpose of showing the relevant teachers/supervisors the video to get acknowledgement and corrective action, and not sharing beyond that, and you may want to check what others have done and the recording laws in your region.

So if your kids or you have a systemic persistent manipulative bully causing stress, fear and discomfort, and it is not being properly believed or acted upon, then using such spypen can make change happen the fastest, and also provide some confidence and peace of mind to the bullied that this will not continue unresolved or unacknowledged.

Catch a Bully in the Act

These hidden camera products are useful to quietly capture bully behavior without tipping off the bully.