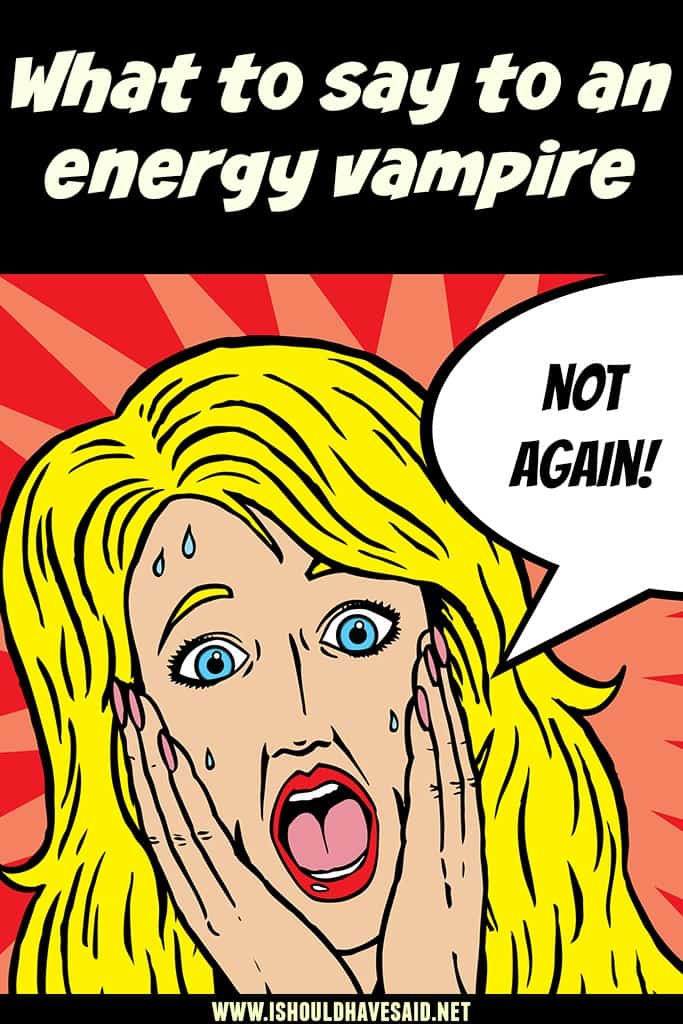 Urban Dictionary defines an energy vampire as, “A person who boosts his own energy by taking energy from others by means of an argument, belittlement, criticism or other one-sided conversation.” You will know if you have one in your life if you feel totally drained after spending time with that person.

Energy vampires can be your family, people that you work with or even some so called friends. You know the friend, they say that they support you but they make snide comments about your life, and you feel offended and sick after a few hours in their company.

People have different reasons for their negativity, or  they could be jealous of you, they may not be able to control their negative emotions. Some folks suck the positive eneragy out of you as if it is a way to sustain their own life force.

Don’t sacrifice your life energy for someone who is only concerned with taking and sucking the energy out of you. Save yourself for the people who you value and replenish your soul. I have one relative who is close to me but I honestly don’t tell the individual anything about my life, and I am talking about major things. I know that whatever I tell him will be verbally decimated and I will feel negative about whatever I am doing after speaking with him.

Next time an energy vampire says something to you, here are a few things that you can say to let them know that you’re on to them.

Vote for the best comeback: 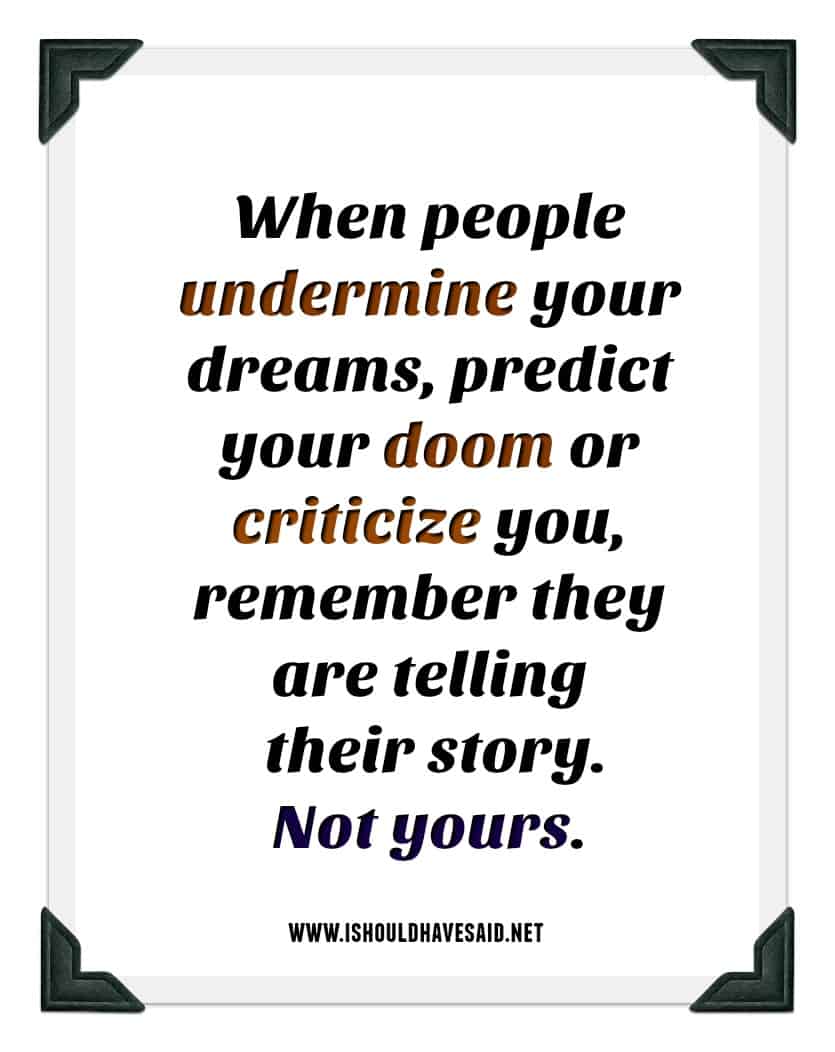 Got any comments, questions or tips for dealing with an energy vampire? Share them in the comments below.