how to shut up a racist

In this day and age, it is hard to believe that someone would think that it is socially acceptable to make a racist remark. By speaking up and responding, you are sending a message to others that is not OK to make derogatory comments. You may not be able to change a small mind right away, but you might get them thinking with one of our comebacks to racist remarks.

See the most popular comeback for racists determined by I should have said voters. 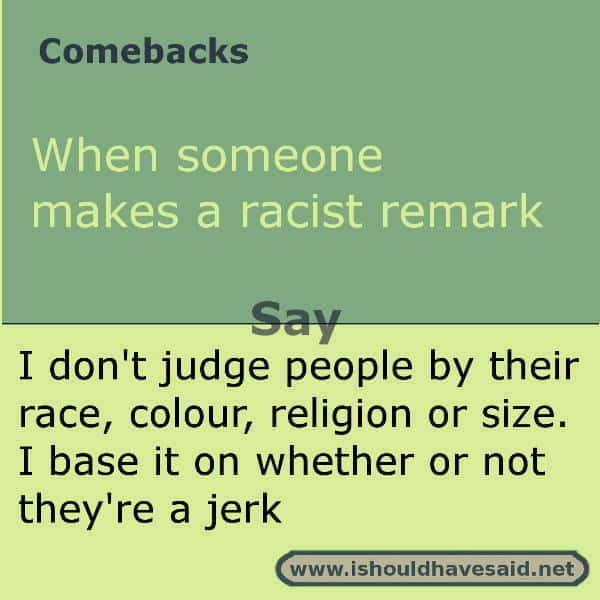 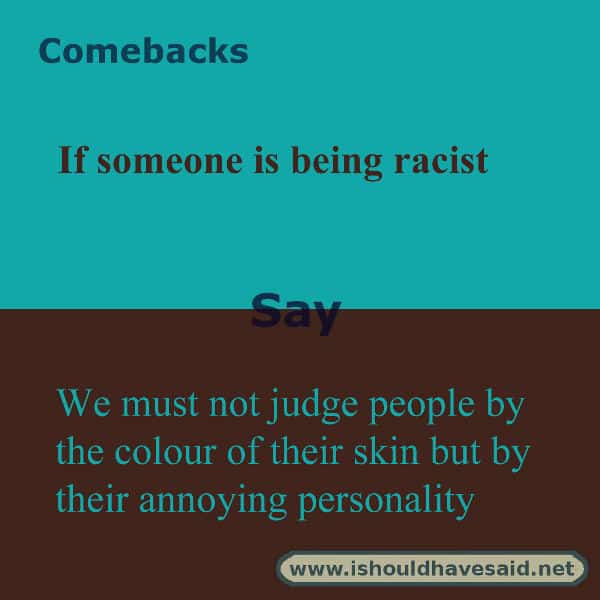 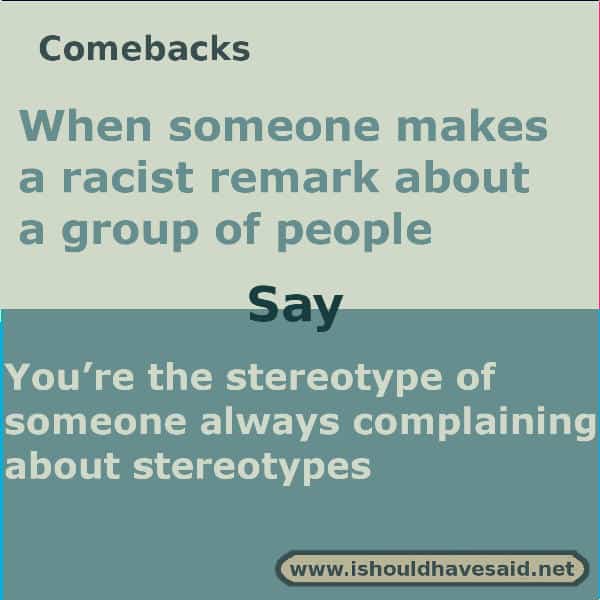 When someone makes a racist remark, it can be so shocking that you don’t know what to say, but you want to let the person know that their racist remarks are not OK. If you personally disagree with what’s being said, you need to speak up and say something. If you don’t say anything at all, the person may think your silence means you agree with their racist sentiments.

Don’t worry about saying something publicly. This isn’t a conversation that needs to be held behind closed doors. Let the people in the room who have been insulted know that you don’t support the person making derogatory remarks.

Some folks who make ignorant racist remarks don’t realize that they are making inappropriate comments. It can be more challenging to call out a close friend on their bad behaviour than a casual acquaintance. If someone thinks that it is OK to make a racist remark, you will have to think deeply about continuing the friendship.

Here are a few things you can say to let the person know their disrespectful attitude is not acceptable. 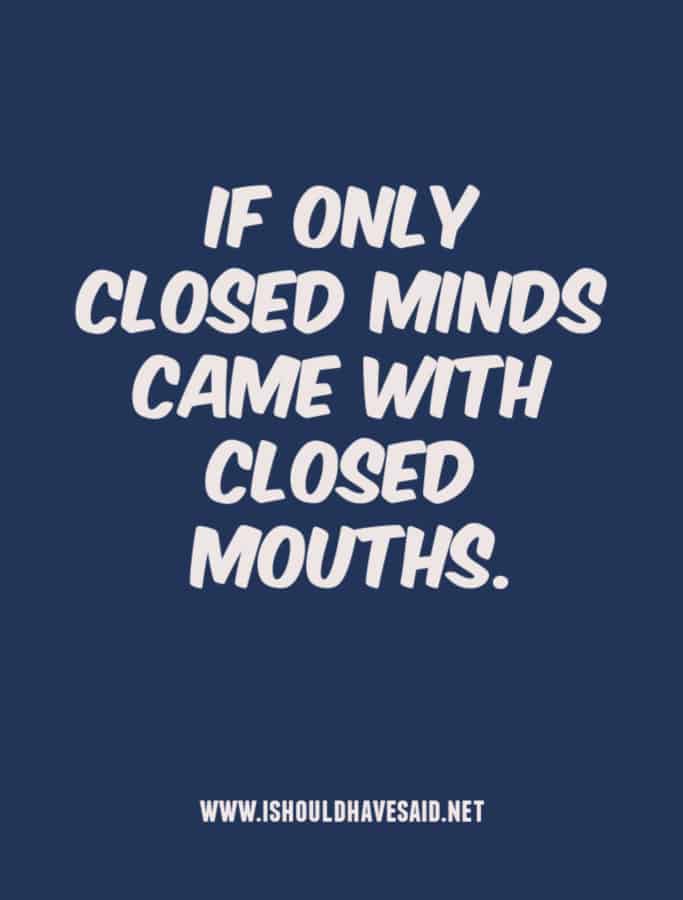 Comedian Russell Peters was the victim of racial bullying, growing up South Asian kid in Canada. He was small for his age with a big mouth, and didn’t know how to fight or defend himself, so he took up boxing to fend off  the bullies. Defending himself against bullies also developed his comedic muscles by getting the bully laughing, and getting himself out of an ass whooping situation. Read more about Russell’s story

Famous rapper Drake was born to Jewish-Canadian mother and an African-American father. Drake was
called a “schvartze,” a derogatory Yiddish word for black, by kids at the Jewish school he attended in Toronto.   He says, “I went to a Jewish school, where nobody understood what it was like to be black and Jewish. When kids are young it’s hard for them to understand the make-up of religion and race.”“The same kids that made fun of me are super proud [of me] now,” Drake lamented. “And they act as if nothing happened.”

Got any comments, questions or tips for dealing with someone who makes racist remarks? Share them in the comments below.