What I would love to say to someone lazy at work 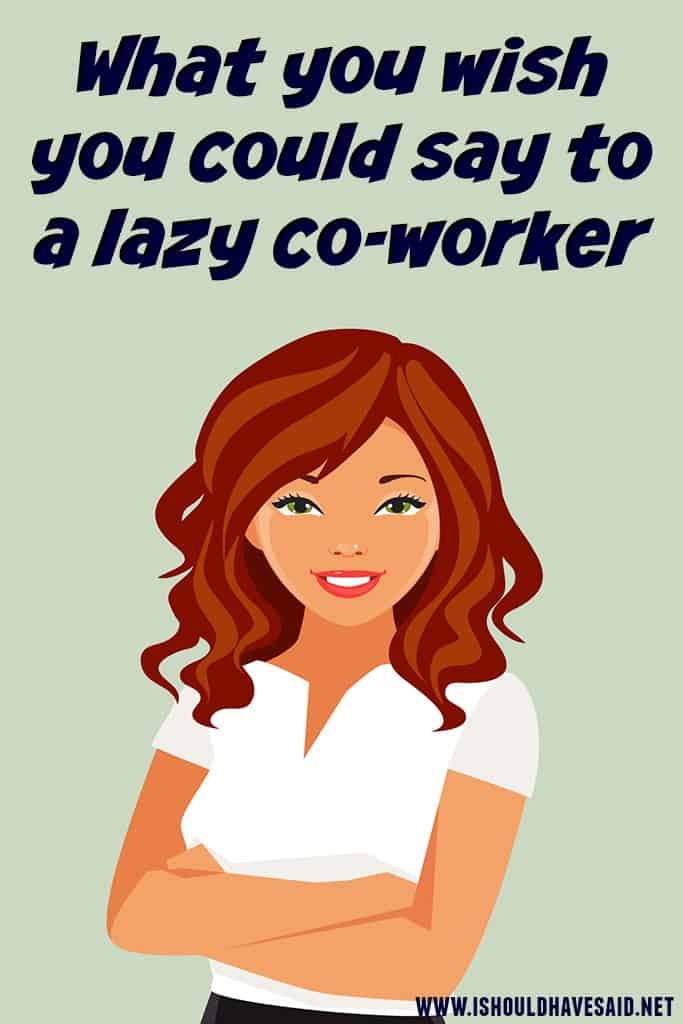 Every office has that one lazy coworker who is happy to waste everybody’s time and not get any work done. If you are the kind of person who goes above and beyond at your job, you probably end up having to do extra work to compensate for the lazy individual.

It’s even worse when the lazy person charms and schmoozes with the boss but doesn’t do any actual work. Your boss has no clue and thinks that they are wonderful and gives the schmoozer a ton of credit when the team reaches a goal.

I once had a job where a new guy showed up and tried to be everybody’s best friend. Jacob was funny, charming and a great storyteller. For some reason he decided to exclude me from meetings and events with my coworkers, he started becoming very pally with a coworker who I was good friends with. All of a sudden, he was the new fabulous person on our team.

After a few months, Jacob started missing deadlines, he said that he had completed something and then people would find out later that he hadn’t actually done the task. One colleague even found a proposal that he said he sent out stuffed in a desk drawer.

When the cracks started to appear he decided to move to a new department within the organization and try his luck there. Well, I guess it’s true that your problems follow you wherever you go because he was fired 8 months later. As Dr. Phil would say, it turned out that Jacob was all hat and no cattle.

Personally, I don’t think it is wise to make snide comments at work if you plan on keeping your job. If you really want to say something to the slacker, here are a few humorous things you can to get your point across.

What to say to a lazy coworker 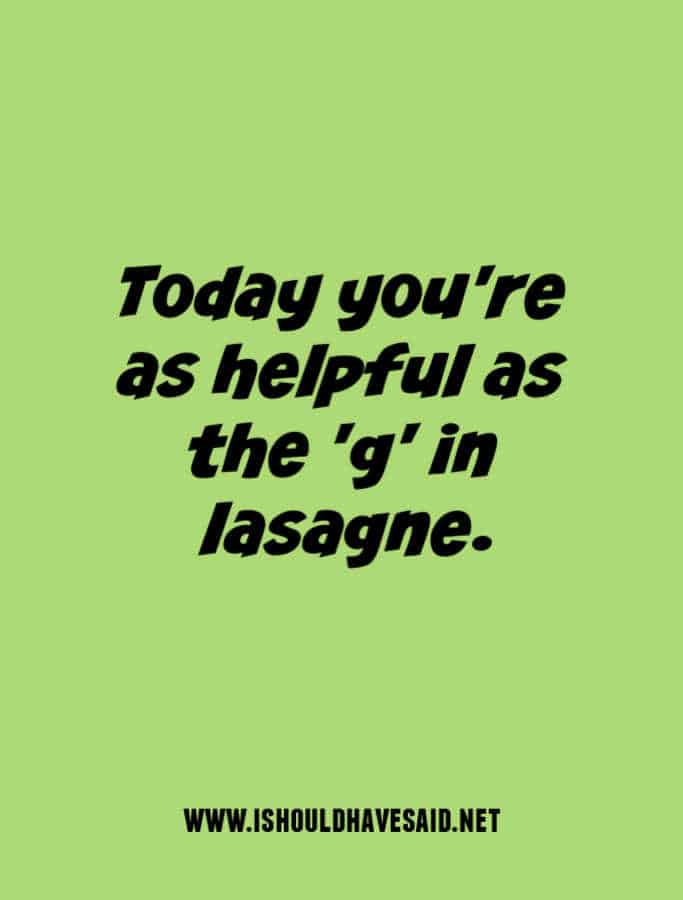 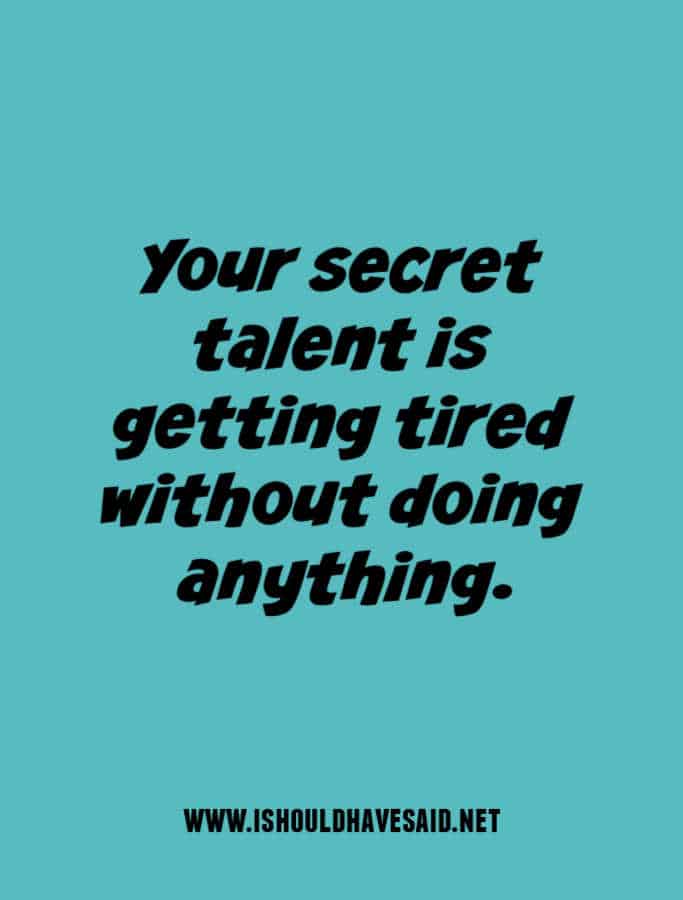 If you are offering up unsolicted advice all the time, there’s a good chance that someone is going to accuse you of being critical. If you think the person is being overly senstiive, and you want to say something back, try one of our snappy comebacks below.

See the most popular comeback when people call you critical determined by I should have said voters.. 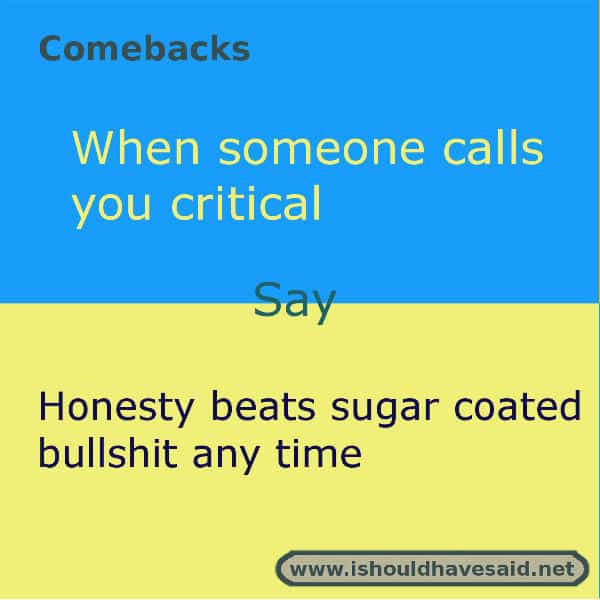 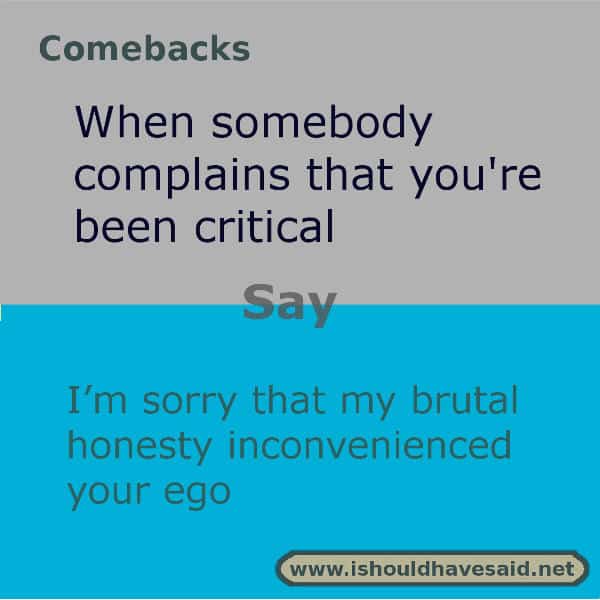 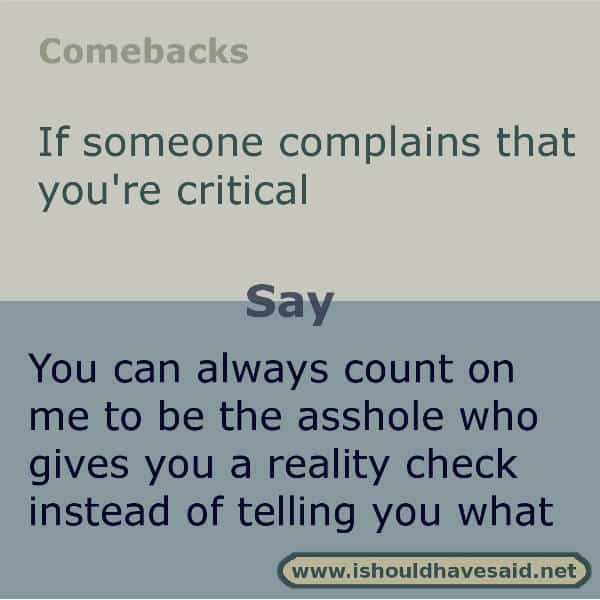 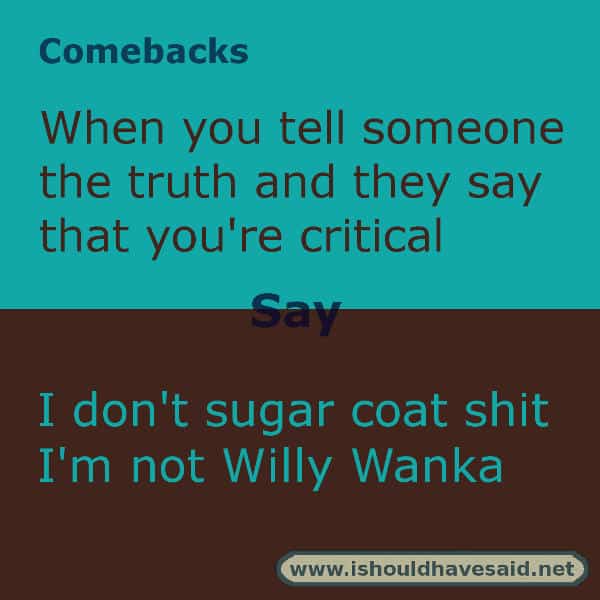