Do you have to deal with a mean girl who constantly blows things way out of proportion and makes minor things into a big deal? Drama queens react to everything and get pissed off when they don’t get their own way.

A high school teen, Luke, told me about a mean drama queen in his class who constantly creates problems for others. Mia lies to her teachers, and she tries to get other people in trouble and have them sent to the office. She has double standards. She gets nasty towards other kids and then plays the victim with the circumstances that she created.

Mia’s family is from China, and she claimed she spoke Mandarin several times in class. Luke spent the time to learn a few words in Chinese, and he went up to her and said, “Hi, how are you?” She turned around and told the teacher that Luke racially stereotyped her by speaking to her in Mandarin. She then lied and said he swore in Chinese. Luke, who was trying to be nice, was sent to the school counselor and forced to apologize to her.

There is nothing worse than a mean girl with a bunch of followers who can’t think for themselves and who go around terrorizing others and making their lives miserable.

Some of these mean girls have nothing better to do than sit around and create drama. Talk about First World problems!

Kylie Jenner, of Keeping up with the Kardashians fame, shared via Snapchat that she had been bullied since she was 9 years old.

We look at people like Kylie Jenner and think that they have had it easy, but there is a dark side to being famous. Celebrities have to deal with online trolls who slam their appearance and criticize every move they make.

I think that I’ve done a really great job at handling all of this. But there’s bullies everywhere. This isn’t a pity party though … This is so that others with bullies out there know that you’re not alone.

Honestly, I feel like at this point I’ve gotten so numb to it. I still do my thing and people still love me…It doesn’t really affect me.

I feel like people want to see me have a cool hair color and dress a certain way and have pretty makeup and heels. If they were to see me in public, they would expect me to look like that….it’s also exhausting for everyday life.

Got any comments, questions or tips for dealing with a mean girl who constantly creates drama? Share them in the comments below.

If you are shy, quiet and uncomfortable around people, you may be mistaken for being stuck up. There is no pleasing some folks,  so you just have to live your life on your terms and get on with it.  If people call you stuck up well, that’s their issue, not yours.

If you are tired of people making comments about how you’re stuck up, try one of our snappy comebacks below.

See the most popular comeback for being called stuck up determined by I should have said voters. 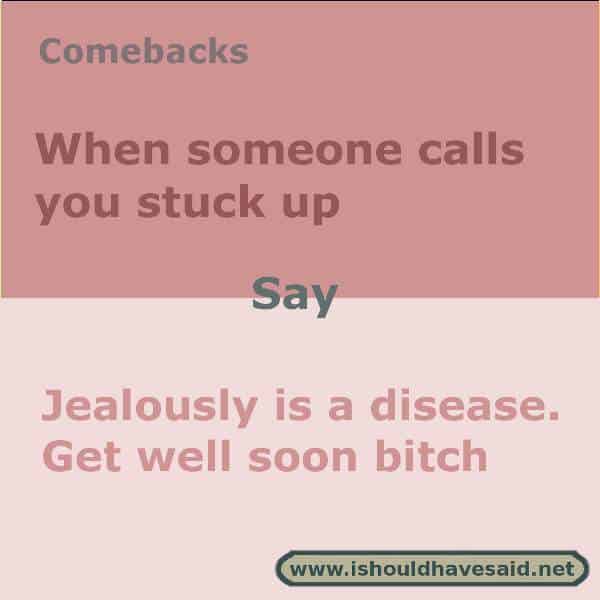 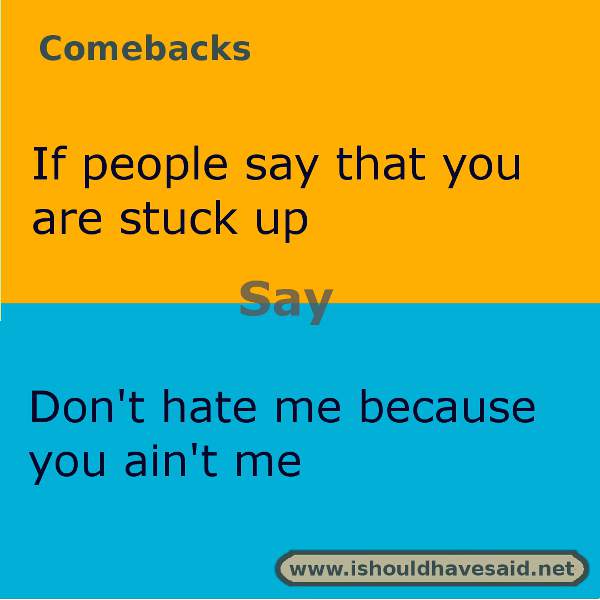 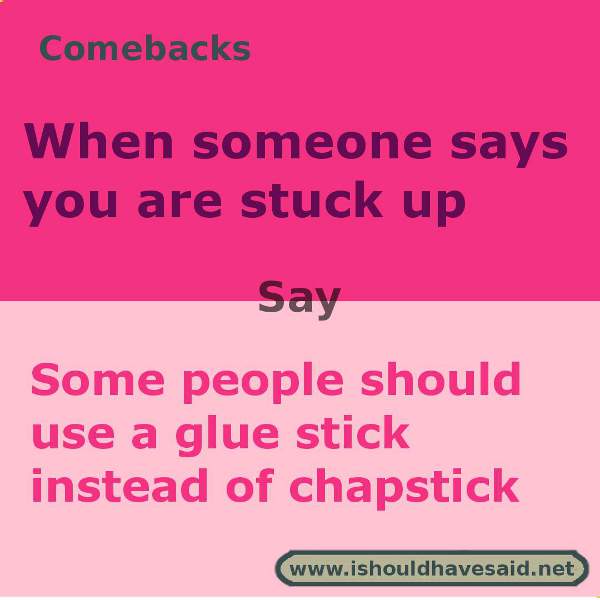 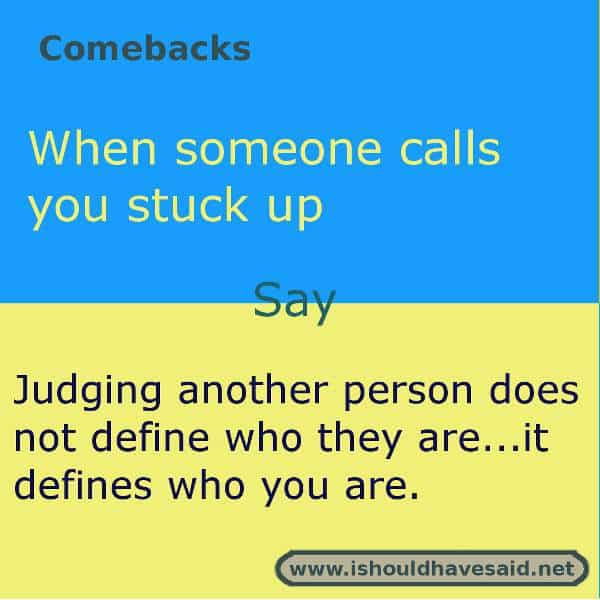 These comebacks are also available in a printable format.