how to respond Will I see you again 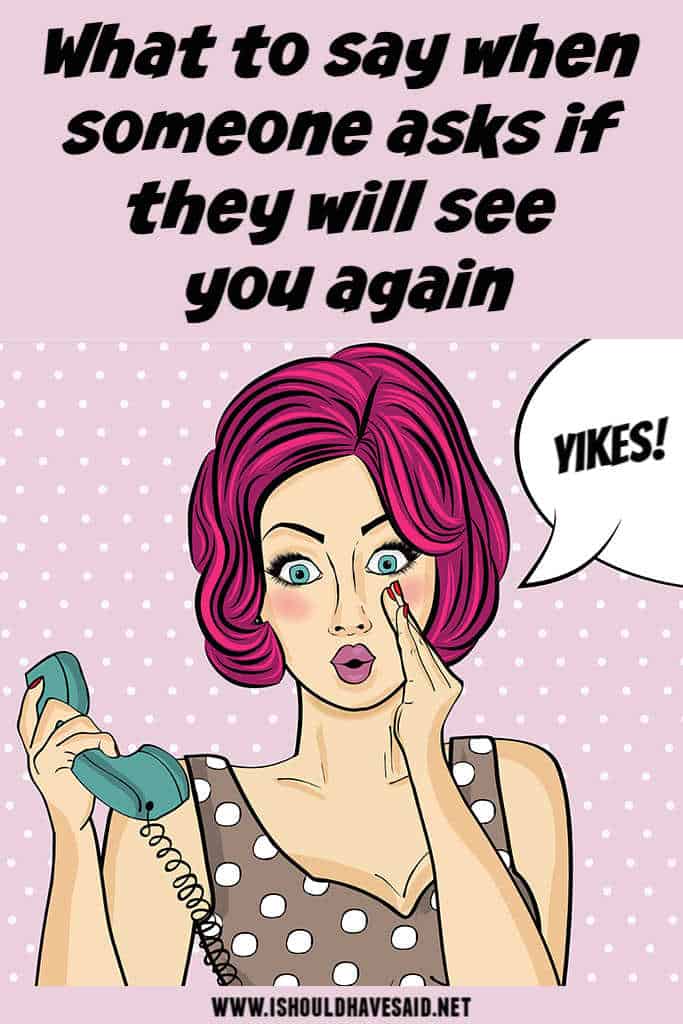 Have you ever met someone on a dating App and they’re good-looking, they seem nice but there’s just no chemistry? Unfortunately, they want to see you again, but you’re just not interested.

Let’s face it, you’re not going to want to have a relationship with every person that you meet online, but if you are very attractive, you may find you have more potential suitors than people you are into.

A friend of mine used to share her hideous dating stories where guys would be cheap, argumentative and downright jerks. I swear she went on over 50 bad dates and then one day, viola, she met the one. After three years of terrible dates, she was married and pregnant within a year in a half. In a sea of assholes, there are some really nice people out there, even if it doesn’tseem like it at the time.

Even though you may find someone a little horrifying as a potential romantic suitor, you probably don’t want to dump them in a mean way and make an enemy for life. You never know where you may run into someone again, at a job interview, spin class or your cousin’s wedding.

So before you go and break someone’s heart, it is probably best to break it off in a nice way when you turn them down.

When you’re date asks if they’re going to see you again, use one of our clever responses below.