how to shut up people who call you emo 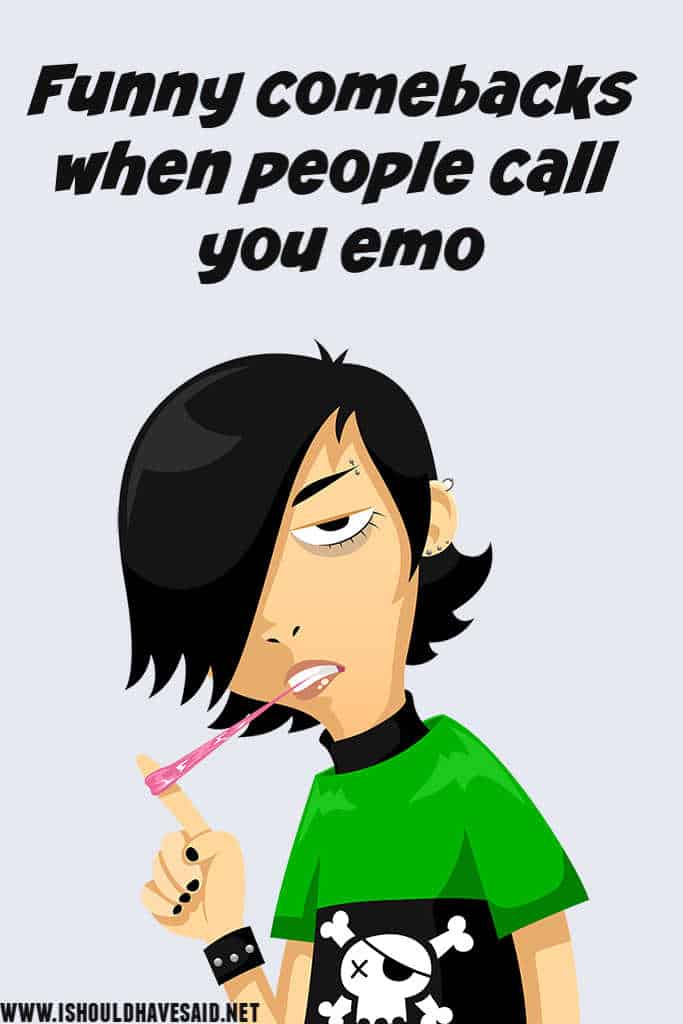 Urban Dictionary’s definition of an Emo person is “a depressed person who has dark hair that covers 3/5 of their face, they wear converse, skinny jeans, and tight shirts.” Emo is associated with a music subculture which was popular from 2000 on, with white suburban youth.

We all know that you if you are a non-conformist in any way, people will call you weird or a freak.  Conservative people like to slam those who stand out, who aren’t afraid to be different and take a stand against things.

Emos are known to be melodramatic and overly sensitive about their problems. Being dramatic about issues probably describes 90 percent of the teenage population on the planet.

Emo people are known to stand up for oppressed causes, stating their political views and share how they feel about things.

Next time someone calls you Emo, use one our great comebacks to shut them up.

Pete Wentz from Fall Out Boy was once Emo

Got any comments, questions or tips for dealing with a person who calls you emo? Share them in the comments below.