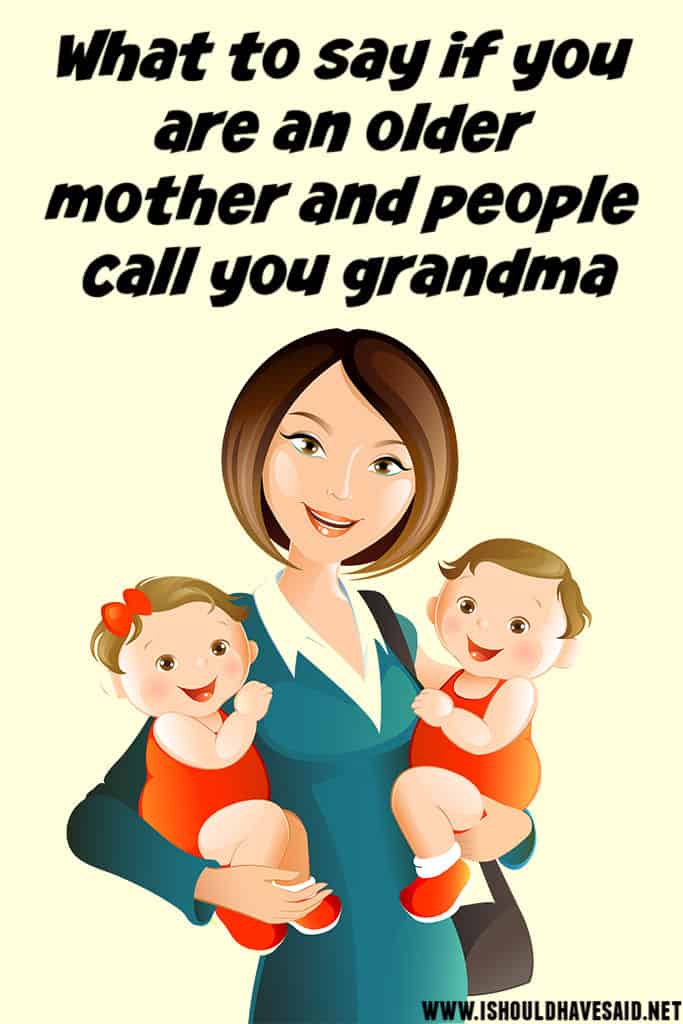 With the cost of living becoming so expensive and new technology options, people are choosing to have children at a much later age.

Older mothers are becoming the new normal, if you chose to have children later in life it may not come as a surprise to be asked the dreaded question, “Are you the grandmother?” Most people who ask this question will be mortified when you answer, and they realize what they have just said. Some women are new moms at 40 others are grandmas at 42.

Kathy was unable to have a child, when a new technology was available she tried it out and became an older mother at 43. She was blessed with a wonderful daughter who is her pride and joy.

When her daughter started school, one of her young friends would continually ask if she was the Grandmother. It was embarrassing in front of some of the younger moms and other parents.  Just know that you are not alone, Kelly Preston announced her pregnancy when she was 47.

Tell us what you think and vote for the best comeback.