son’s girlfriend is a rude all the time 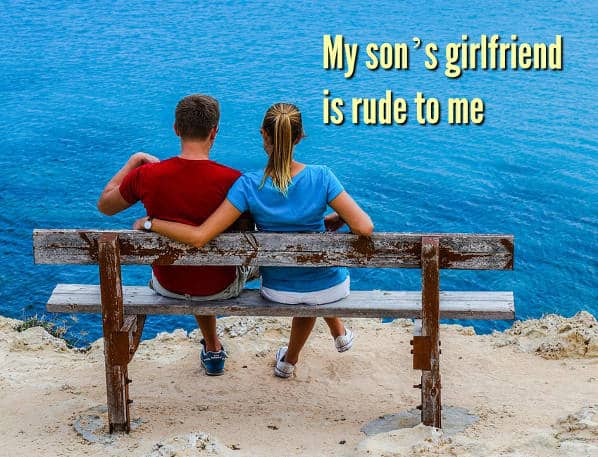 My sons live in girlfriend is disrespectful, rude and dismissive of me. I have been told that I am extremely fun and I have tons of friends. What to do? I don’t want to be around her anymore and I guess will stop attending holiday dinners, etc. I do not deserve this from a 27-year-old woman-child.

Your son’s girlfriend sounds like she is behaving in an unkind and inconsiderate way towards you. The thing is, right now she has your son and you don’t want anything to come in between your relationship, especially her. I would continue to go to family dinners but I would sit away from his girlfriend and engage with her as little as possible. Be polite but keep your distance.

By being polite and not engaging in a massive way, your son will hopefully see his girlfriend’s behaviour with his own eyes and leave the relationship. If your son asks why you are not around as much, explain that you feel unwelcome.

If she is rude to you or insults you maybe say: