what to say to a hater 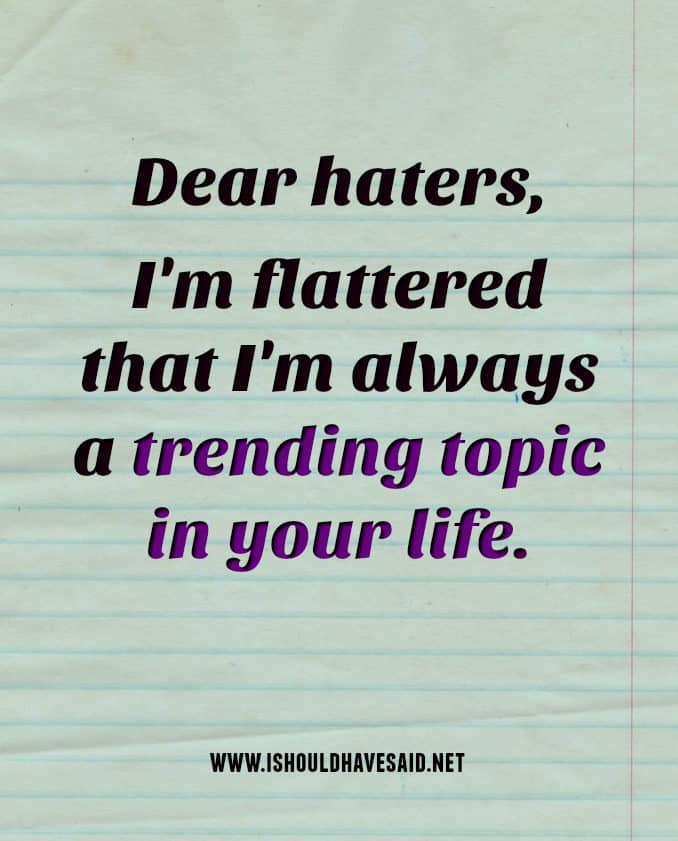 Got any comments, questions or tips for dealing for dealing with a hater? Share them in the comments below.