when are you going to commmit 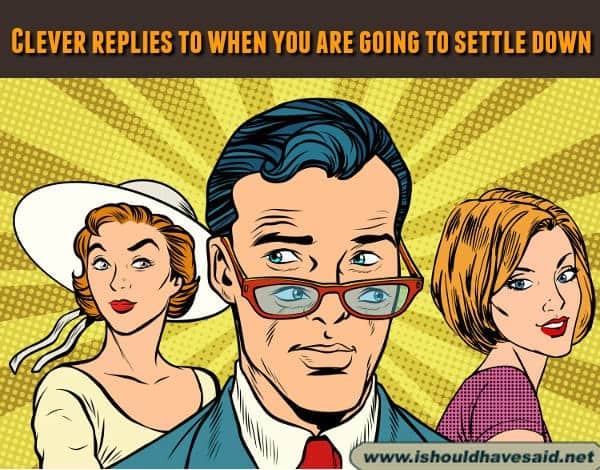 Not everyone wants to settle down and start a family, for some reason when you get to a certain age that’s what society expects of you.

All of a sudden, everywhere you go you start getting bombarded with questions from family and friends, like do you have a girlfriend, and why are you still single?

Some folks don’t seem to understand that people no longer get married at 20 years of age, in many urban centres where the cost of living is extremely high, people are putting off marriage until their late twenties.

What is expected of people in their twenties has changed, the twenties are now considered a time of exploration instead of commitment. Instead of marrying the first decent person who comes along, many singles are playing the field and checking out what’s out there.

Instead of starting a family at 21 years of age, you see people in their twenties living abroad, getting their advanced degree and even starting businesses.

Maybe you’re a diehard bachelor or bachelorette and that’s OK too. Next time you are being given a hard time for not settling down, use one of our fun comebacks.

A man is asked by his parents, “You have so many women, when are you going to settle down and get married?” Andre responds, “Why would I make one gal miserable, when I can make so many women so happy?”

For more answers the question:  When are you going to settle down?   Click here.