You`re just so…. – How to respond to insults

READ and VOTE on the best snappy comebacks

We have all bee

n caught off guard, sometimes hurt, when someone makes a nasty comment. Below are some of the most common character assaults somebody might say you, and awesome snappy comebacks to the insults – at the links. Next time your bitchy cousin or moronic brother in law calls you selfish, clumsy or weird, you can be prepared with a funny clever comeback.

If you are different in any way, you may not fit in the typical social cliques at school. But there is a tribe out there for you, a group of people who share your interests and values. It is just a question of finding your people.

A lot of people who have gone on to change the world have actually thought radically different from the mainstream. Steve Jobs had an unusual interest in calligraphy and simplicity in college, those two personal interests lead to creating Apple, one of the most creative companies in the world.

Here’s to the crazy ones. The misfits. The rebels. The troublemakers. The round pegs in the square holes. The ones who see things differently. They’re not fond of rules. And they have no respect for the status quo. You can quote them, disagree with them, glorify or vilify them. About the only thing you can’t do is ignore them. Because they change things. They push the human race forward. And while some may see them as the crazy ones, we see genius. Because the people who are crazy enough to think they can change the world, are the ones who do. – Rob Siltanen

Next time someone calls you weird, smile and be grateful you’re not a boring bastard like the person who called you weird.

Vote and let us know what you think is the best comeback. If you have an even better comeback leave it in the comments below.

Vote for the best comeback for being called weird

I'm not weird; I just fall outside your exceptionally narrow view of the world.
Looks like we have something in common then.
Thanks! Normal is boring.
Weird is the new fabulous.
I'm not weird, I am a limited edition. Something you do not see that often.
You are only just noticing this about me now? 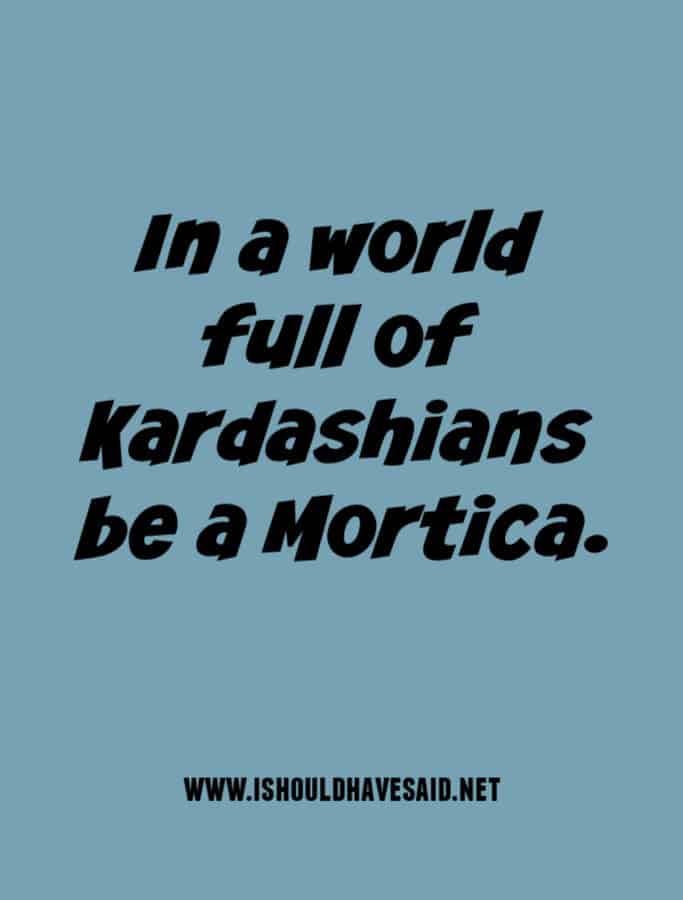 Lady Gaga was teased for being weird and different in school

Being teased for being ugly, having a big nose, being annoying. ‘Your laugh is funny, you’re weird, why do you always sing, why are you so into theater, why do you do your make-up like that?  – Lady GaGa

Yeah, she was different from some of her more ordinary peers, when she left school what made her different led to her huge success.

If you are judged for being different in any way, maybe your appearance, musical tastes or your interests try not to let it get you down. What you’re being criticized for now could turn out to be your biggest strength in the future.

Photo by Dominick D via Wikipedia

Christina Hendricks of Mad Men fame felt like she didn’t fit in with the cool kids in high school.

“My school days were pretty unhappy. I had the worst high school experience ever. I was a bit of a goth with purple hair and I was also part of the drama group, so my friends and I were all weird theatre people and everyone just hated us.”

It seems like all the kids who were different in some way on the people who go on to accomplish great things in the world. 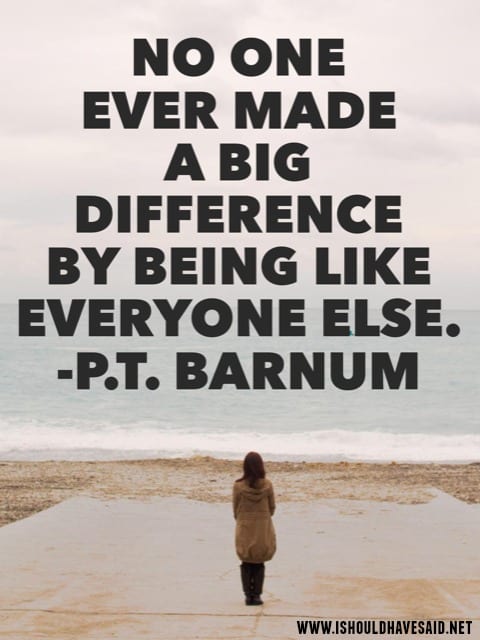 Got any comments, questions or tips for dealing for dealing with someone who calls you weird? Share them in the comments below.