If you have been slammed and called annoying you probably don’t appreciate it!  If the person insulting you drives you crazy, try using one of our comebacks in return.

See the most popular comeback for being called annoying determined by I should have said voters.. 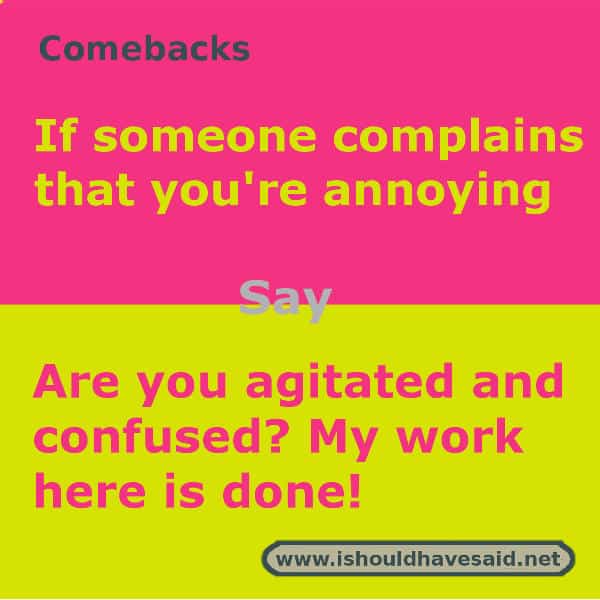 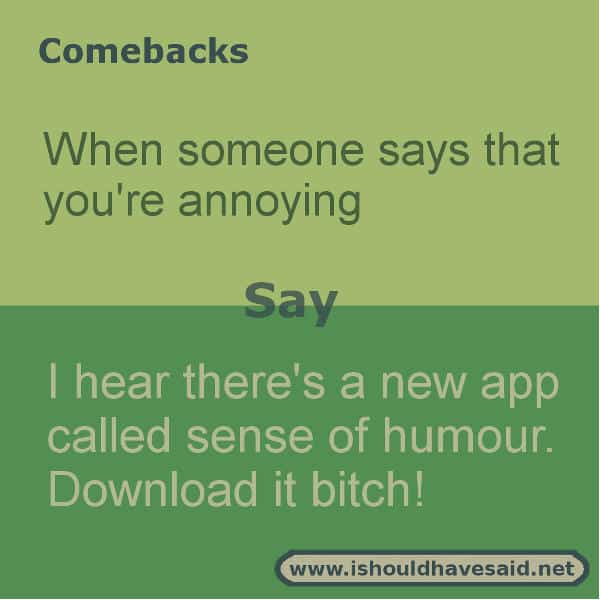 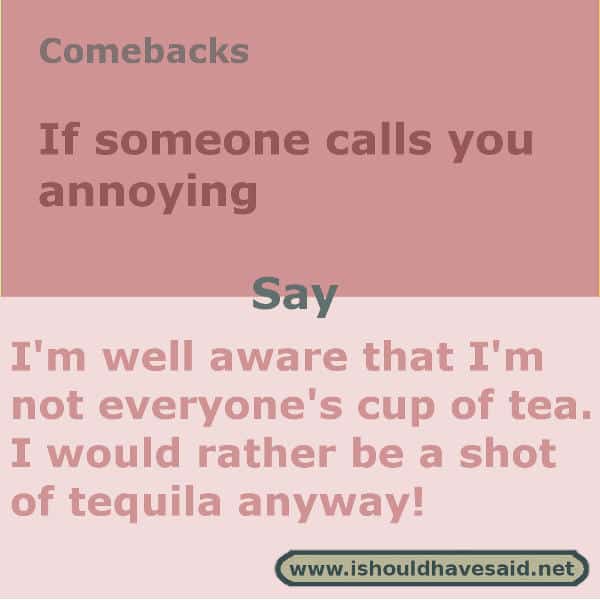 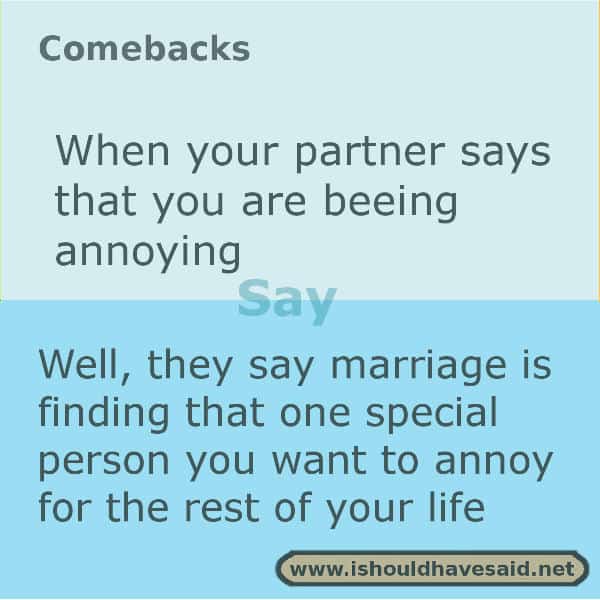 Not everyone is blessed with grace, some of us were born clumsy with a lack of coordination. If people make fun of you for dropping every thing or tease you for tripping everywhere you go, you will like our clever comebacks for clumsy people.

See the most popular comeback for being called clumsy determined by I should have said voters. 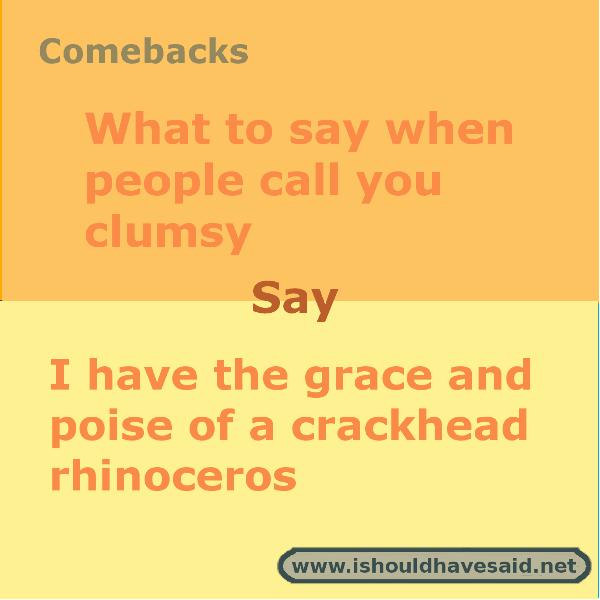 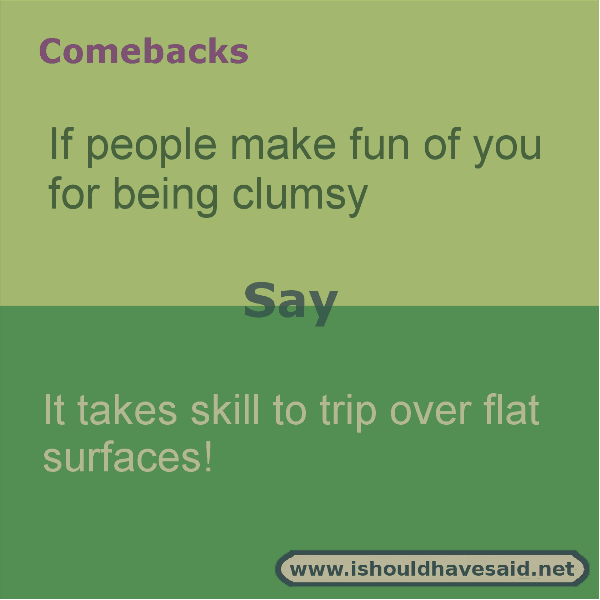 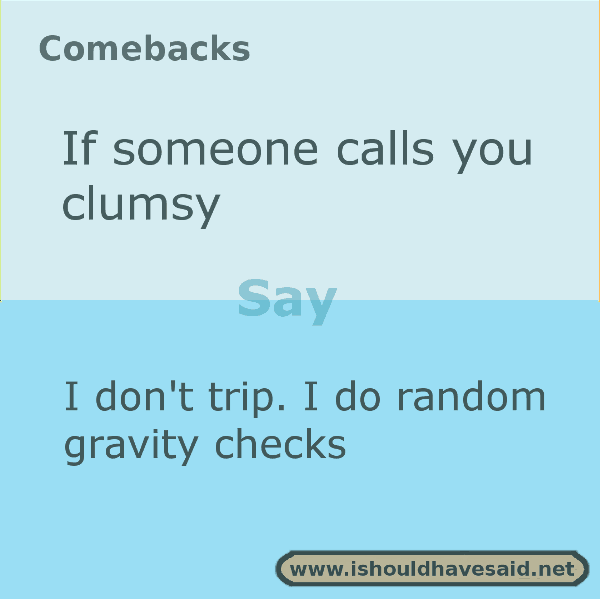 When you meet people for the first time do they say that you’re quiet? Not everyone wants to be the centre of a attention, some folk like to sit back and watch what’s going on in a room.  If you keep getting labeled as quiet, remember that’s not necessarily a bad thing.  The people who complain that you’re quiet, are probably thinking that they are missing an opportunity to go on and on about themselves.

If you get tired of the quiet label, try one of our fun comebacks below.

See the most popular comeback for being called quiet determined by I should have said voters. 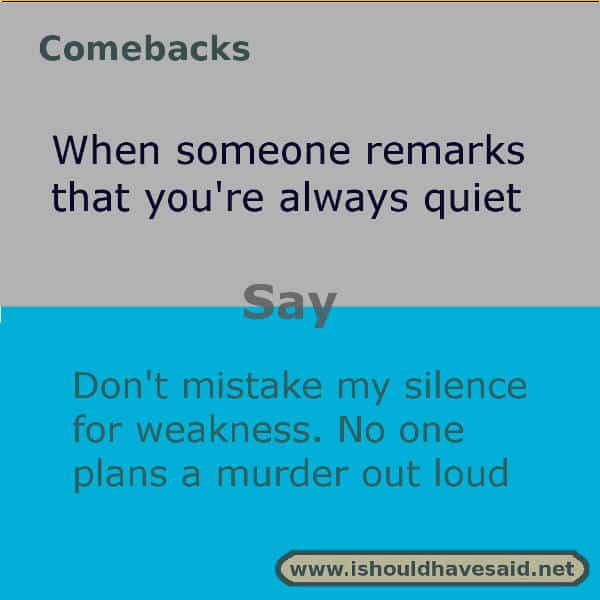 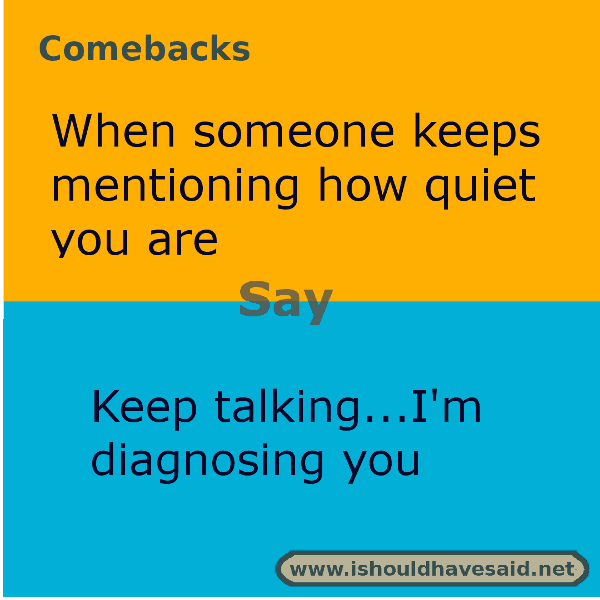 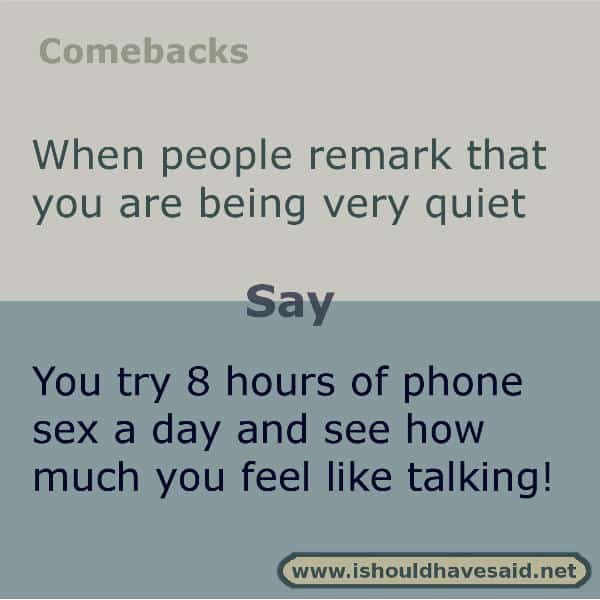 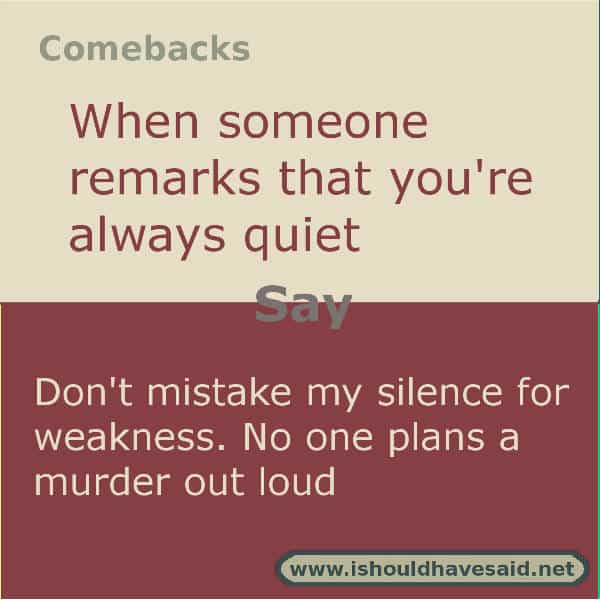 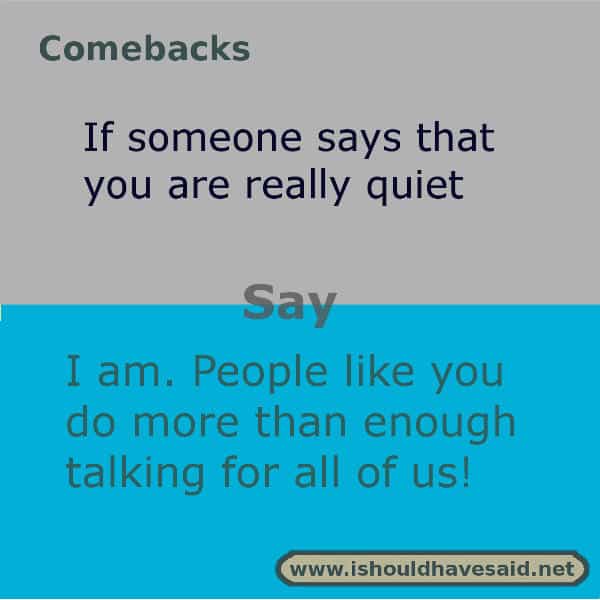 Nobody wants to hear that other people are complaining that they are miserable.  If you are accused of being a miserable person and poisoning everything you come into contact with, you may want to change or use one of our snappy comebacks below.

See the most popular comeback for being called miserable determined by I should have said voters. 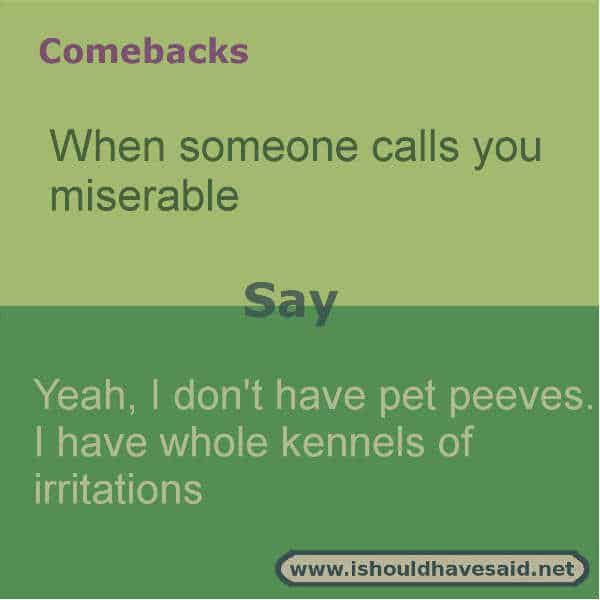 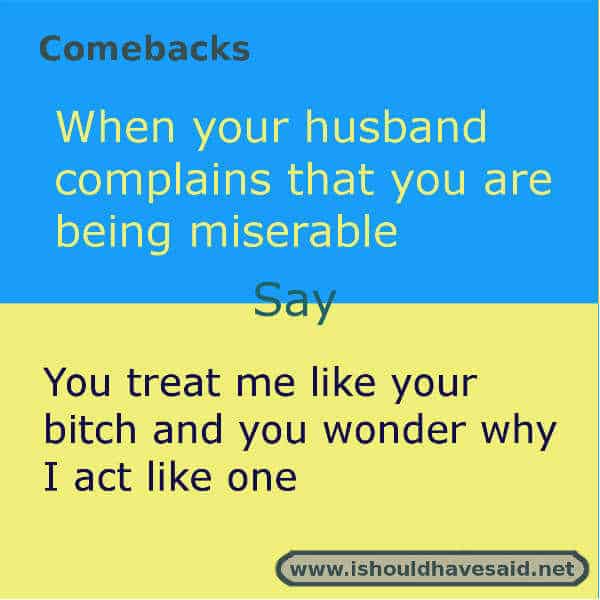 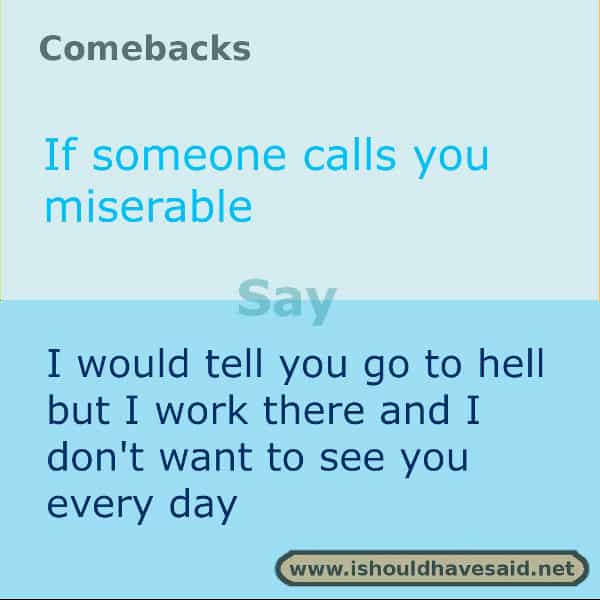 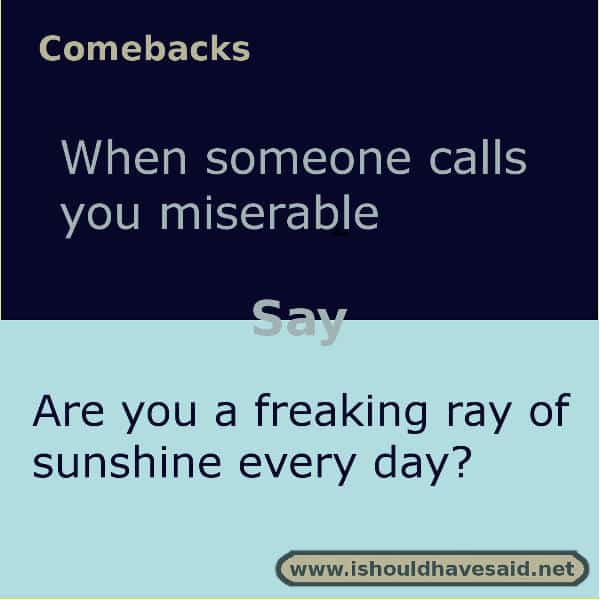