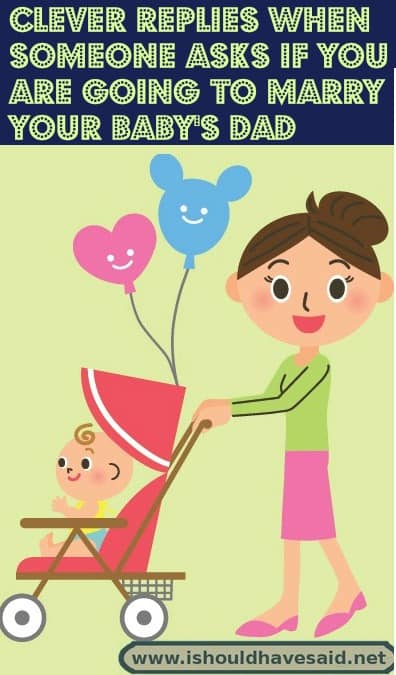 When you get to a certain age, people start asking when you’re going to get married, especially if you have been in a long-term relationship. When people like your kind aunt Betty ask the dreaded marriage question, they usually do so with good intentions. The people who love you want to see you march down the aisle, and be part of your special day.

Getting married isn’t for everyone

Society pressures people to feel like they should take the plunge and say I do, even if it isn’t the best thing for you. I have a friend who was in no rush to get married, in fact, she dated her husband for six years before they tied the knot. Her friends kept asking when she would settle down, and it even became a bit of a joke. All of Poppy’s friends who rushed into marriage are now divorced, and she is the only one of the group who is still married, the rest of the group are all single moms.

Next time someone keeps asking when you’re going to get married or tie the knot, use one of our clever comebacks.

If you want to shut up the nosy person asking you about marriage, use one of our snappy comebacks below.

Got any comments, questions or tips when someone asks when you’re getting married? Share them in the comments below.

A man asks his coworkers, “When are you two getting married?” The couple are not even engaged yet, and are sick of being asked intrusive questions. The woman replies, “We would like to know the answer to that question before you do!”