best answer you’re such a tease 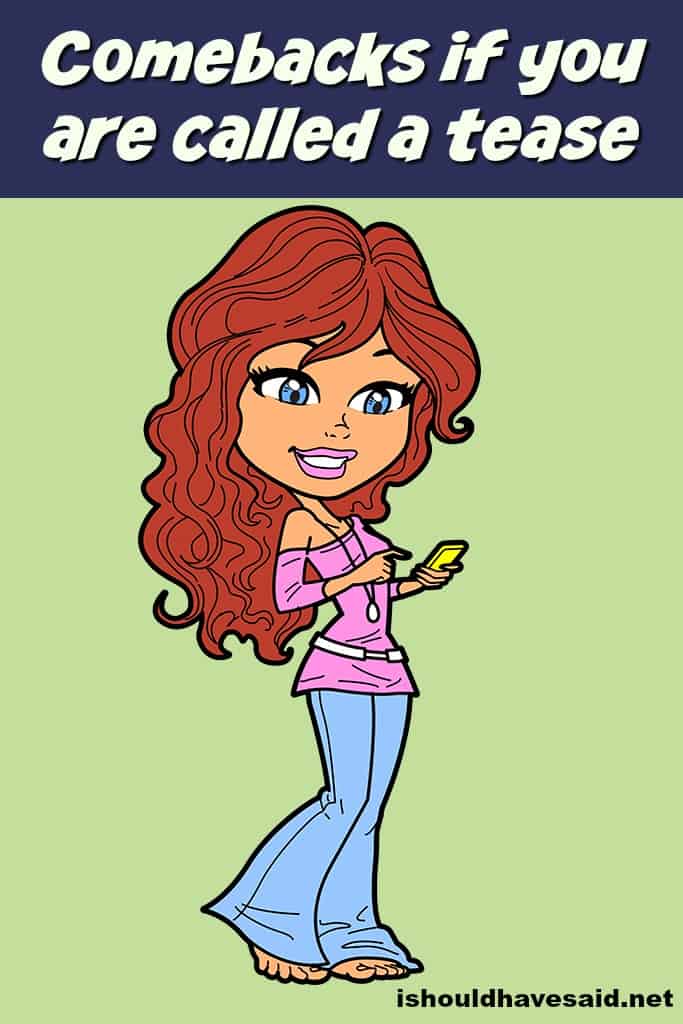 Urban dictionary defines a tease as, “A member of the opposite sex, usually a female who entices you into thinking you have a chance. Almost always ends with you having blue balls and feelings of sorrow, resentment, and bitterness.”

If you are a girl who has turned a guy down or canceled plans there is a pretty good chance that you have been called a tease. The real reason a guy calls you a tease is he is trying to salvage his bruised ego because you turned him down. After all, you aren’t going to be into every person who asks you out or tries it on with you.

Next time some slimeball who is trying to get into your knickers calls you a tease, use one of our clever comebacks to shut the person up. If you can think of an even better snappy comeback, then let us know!

Vote for the best comeback when someone calls you a tease

Jessica Simpson was bullied in high school by mean girls

Jessica Simpson was picked on by mean jealous girls in high school. She was homecoming queen and a cheerleader but that doesn’t mean she didn’t have her haters. You think being extremely attractive would make things easier, it can also make things harder when you are dealing with jealous girls.

Jessica was well-developed, and every guy in high school wanted her and practically every girl hated her,” a source told the Enquirer. “Jessica put on a brave face, but it was a campaign of terror that just devastated her.”

Kids would egg or throw toilet paper at Jessica’s house. Mean girls would write nasty things about her on the pavement outside her home.

Jessica has told the media that bullies in high school made her stronger. The bullies prepared her for dealing with online trolls and being a celebrity.

Got any comments, questions or tips for dealing with someone who calls you a tease? Share them in the comments below.