how to answer insults

Clever replies when you are told not to burn bridges

Sometimes in life, we’re left with no other choice other than to burn bridges with some of the people around you. Burning bridges is often defined as intentionally cutting off someone or a group of people with no way to reconnect. While some people may advise you to not completely cut off someone, it can sometimes be the only option.

In life, there are some people that once you meet them, they turn out to be worse than you could ever possibly imagine, and maybe burning your bridges with them is the only way to get rid of them. However, just because this is sometimes necessary, doesn’t mean that you should do this to everyone. For example, when you quit your job, it may not be your best course of action to tell your boss what you really think of them.

There are many examples of people burning bridges when quitting a job. One time, a flight attendant announced that he quit over the PA system on the airplane, and then took some beers and exited the plane via the emergency chute. Another instance, a reporter from Anchorage, Alaska was reporting on live television when in the middle of her broadcast, she just quit. Both of these people probably burned their bridges with their now former employers!

While burning bridges may not always be the best route, sometimes it’s the only one to take. Only you know what’s best, and if it comes down to it, don’t hesitate to burn bridges with people who you don’t want in your life, and don’t let some know-it-all lecture you on what is best for you.

Here are some clever comebacks when people tell you not to burn your bridges.

Vote for the best comeback for you shouldn’t burn bridges

Great comebacks to when someone says whatever

What can you say when some rude person looks at you and blurts out, “whatever!” Of course, it depends on how they say it and how much eye rolling is involved. If you are dealing with a snarky teenager you may hear whatever a couple a day.

When someone says whatever in rude tone they are being dismissive, telling you they couldn’t give a toss or to go away. Usually, it is meant in a rude and passive aggressive way.

Next time someone says whatever, use one of our snappy comebacks that will hopefully render the smart ass speechless!

Tell us what you think is the best answer by voting on the poll below.

Vote for the best comeback to whatever

Got any comments, questions or tips for dealing with someone who says whatever? Share them in the comments below.

Snappy comebacks when someone says I don’t care

When someone tells you that they don’t’ care, they are basically saying that they are not interested in the topic you are discussing and it is basically not relevant to them. They are telling you to either change the subject or shut up.

Actions actually speak louder than words, you can always tell what people think of you by their actions towards you. Whenever someone is a jerk to me I always think I have less obligation towards them. I don’t have to be polite and listen to them warble on about rubbish anymore.

How you answer depends on who says it to you, and how they say it.We have some great snarky comebacks to stop them in their tracks. Let us know what you think and vote for the best answer from the poll below.

Vote for the best comeback to I don’t care

Got any comments, questions or tips for dealing with someone who tells you that they don’t care? Share them in the comments below.

How to respond when someone calls you stupid 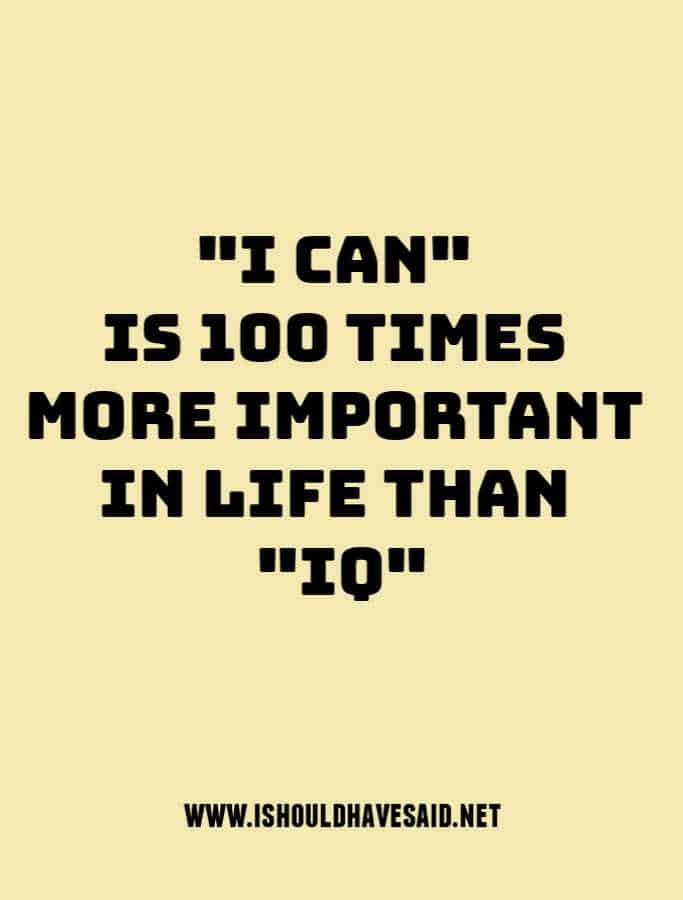