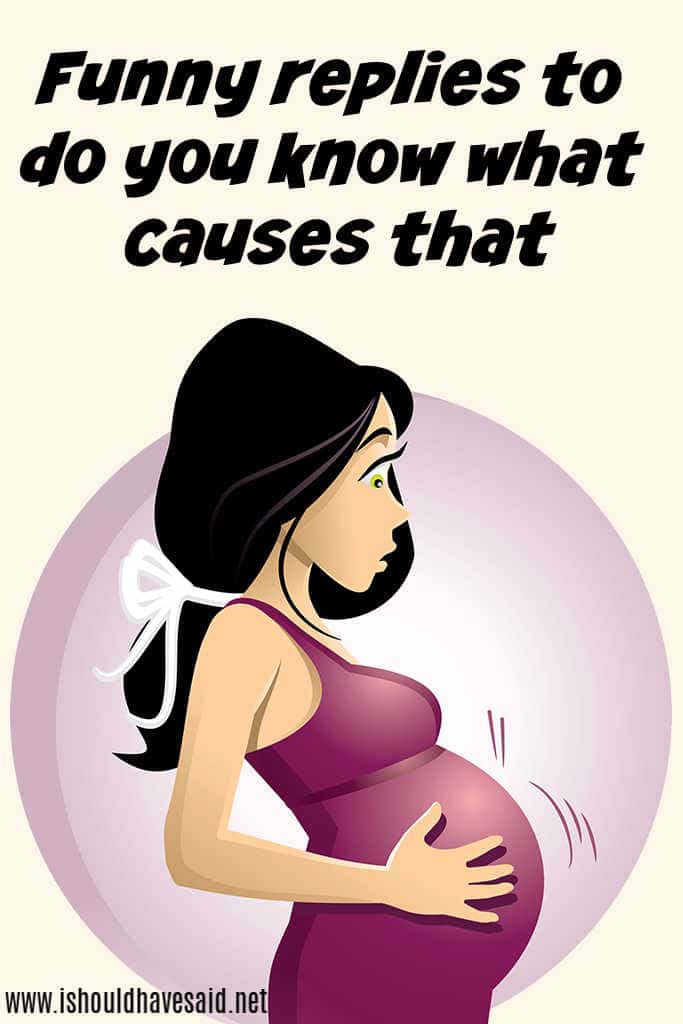 People think they are being incredibly witty when they ask a pregnant woman, “Do you know what causes that?” The question gets pretty old fast, especially when you are asked the same question three times every outing.

Mothers of large families have heard it all before, maybe folks are trying to be friendly, and want to start up a conversation but it gets incredibly annoying after a while.

In large centers with an expensive cost of living, women are having fewer children at a later age. Large families aren’t very common anymore, they are in fact are a novelty.

Back in the late 1800s, it would be common to have 9 children, can you imagine having that many kids today with the expectations of parents! No wonder there weren’t any helicopter parents in the 1800s, how could you micromanage 8 kids?

Here are some fun things you can say to play along next time someone asks if you know what causes that. 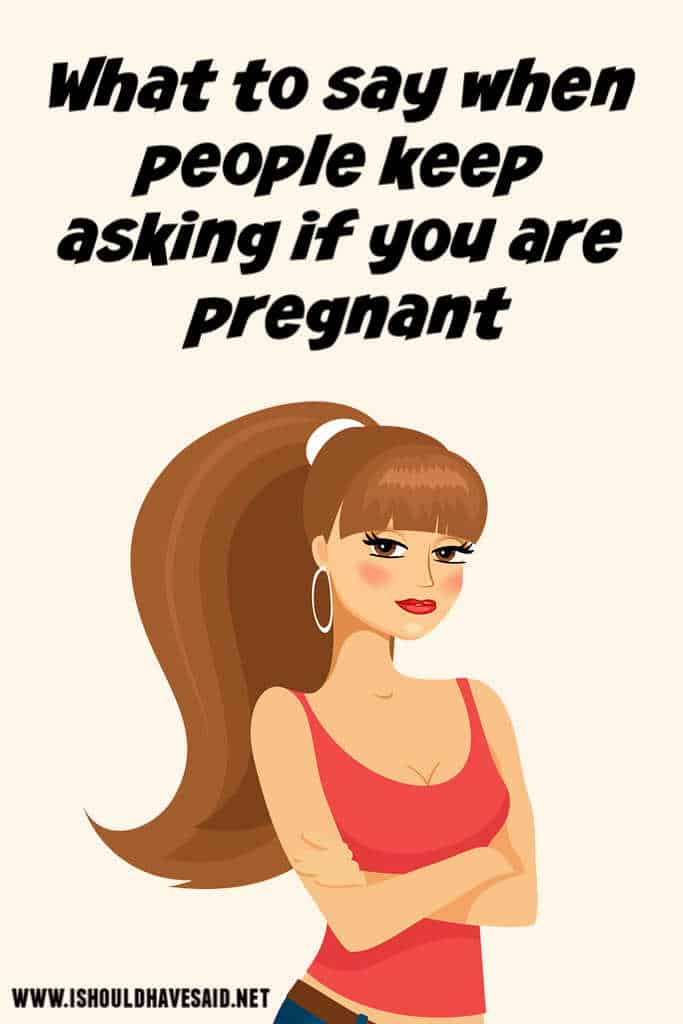 If you are experiencing challenges conceiving a child, it can be very painful when people ask if you are pregnant, especially in public. Your fertility woes probably aren’t the first thing you feel like discussing at dinner parties or even with friends. When you are surrounded by shiny happy families, it can be a very isolating experience for those who want to join the club but can’t seem to get there.

The person asking if you are pregnant probably doesn’t have the faintest notion that you have been experiencing fertility challenges for months or possibly years.

Smart people know that you should never ask a woman if she’s pregnant unless you actually see a baby’s head coming out of her legs. Unfortunately, not everyone follows this rule.

Next time someone asks when you are going to have children or if you are pregnant, use one of our clever comebacks and they won’t ask again anytime soon.


All of a sudden at around 28, you will start getting asked the dreaded question, “When are you going to have children?” Really, your fertility isn’t anyone’s business but your own, so people should really stop asking.

Not everyone has always longed to have a baby, some folks just know that family life is not a path they want to go down. Committing the next 18 years of your life to move in with someone you don’t even know is a pretty big and scary commitment. Parenting is not for the faint of heart, there are some pretty challenging moments raising children.

When people ask the kid question, a few are just trying to make conversation and a lot of folks still think in the traditional paradigm where everyone of a certain age should settle down, have kids and buy a house. The world has changed, people are no longer living the same cookie cutter existence and we have all realized there are many different ways to live.

Next time somebody asks when you are going to have children, use one of our clever comebacks and they will stop asking.

Got any comments, questions or tips for dealing with a person who asks when you’re going to have children? Share them in the comments below.

A nosy relative demands to know when a couple is going to start having children.

For more comebacks to the question: when are you going to have children click here.

A nosy woman asks her neighbor if she is pregnant yet. The woman who has been trying to get pregnant for two years responds, “No, I think my husband might be sterile. Do you think I could borrow your husband to check? Your husband might make a great sperm donor!”

For more comebacks to the question:  are you pregnant yet?  Click here.