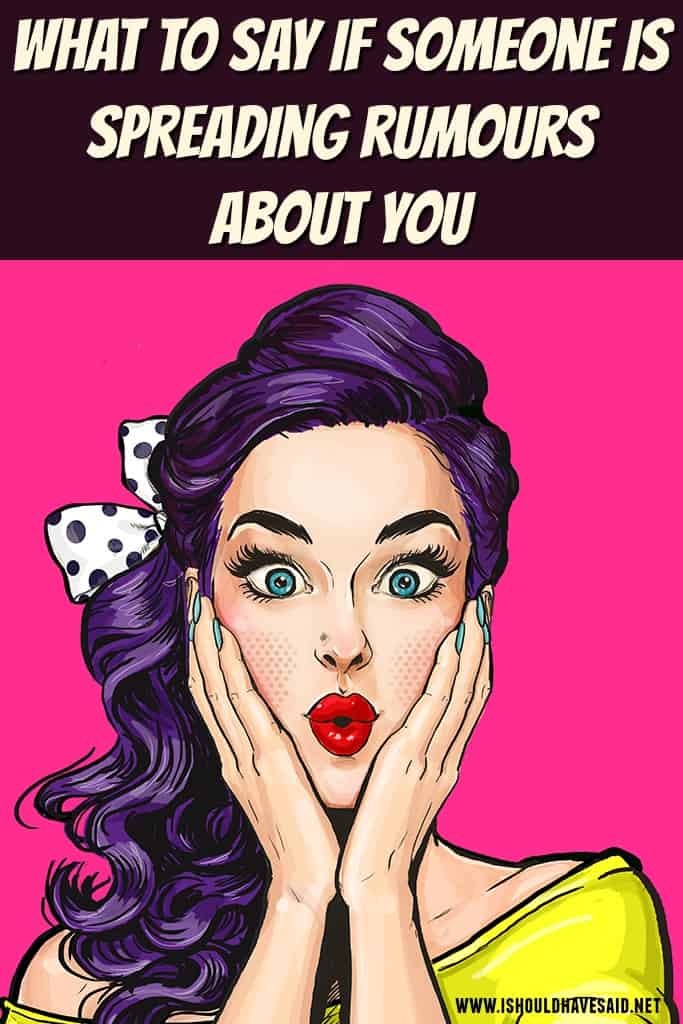 When you find out that someone has been spreading rumours and gossiping about you it can be devastating. You feel like your stomach drops and you can’t believe that it is really happening. It is even worse if the betrayal is from somebody you considered a friend and you don’t know who to trust.

When a person is spreading rumours they are trying to turn people against someone or seek social status and become popular. Spreading rumours about others is a form of bullying.

Whatever you put out into the world comes back to you, so the person gossiping about you will eventually get kicked in the ass by karma.

If you want to let the big mouth know that you are aware they are spreading rumours about you, here are a few things that you can say to shock them and shut them up.

Vote for the best comeback for someone spreading rumours about you 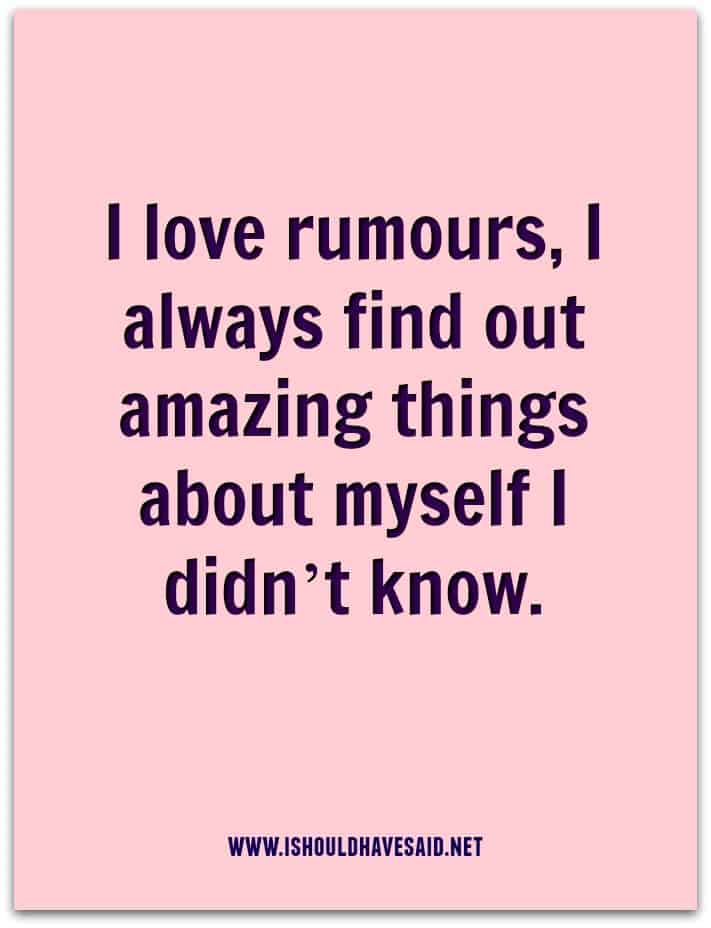 Demi Lavato was bullied so severely that she left public school. Later on, she realized that by spreading rumours about others brought on some of the bullying to herself. At least can owns her bad behaviour.

There were things that I did in middle school that probably contributed to why girls treated me so poorly. I didn’t realize I was doing things that were also forms of bullying, like spreading rumors about people and gossiping. Gossip is essentially character assassination. When you spread rumors about someone, it’s a way of demoralizing them.-  Demi Lavato 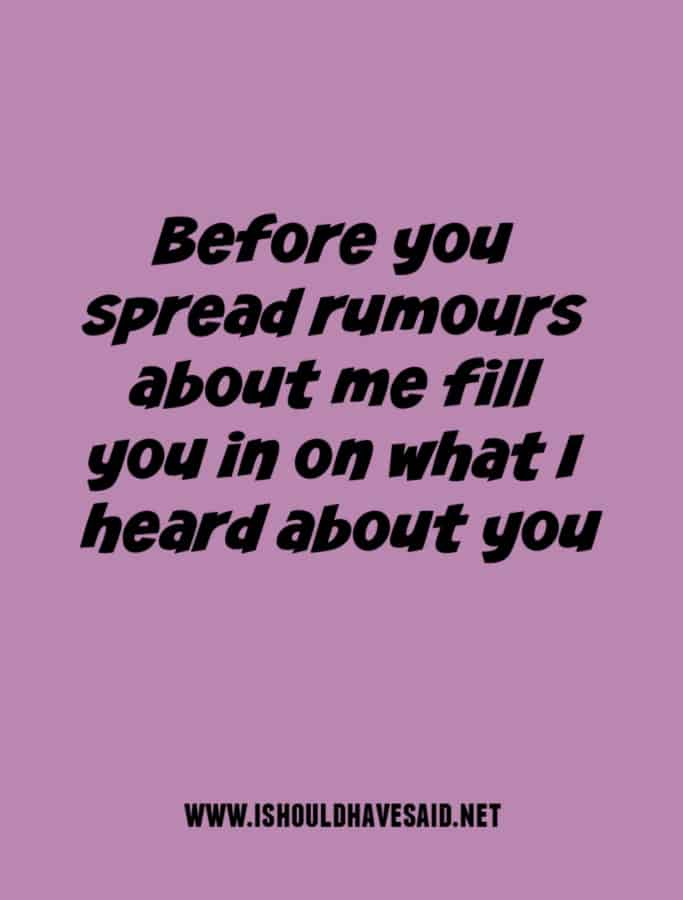