Have you ever had an annoying friend or relative purposely get you all worked up and angry and then tell you to calm down? Yeah, they know how to push your buttons and deliberately irritate you, then they act all sweet and innocent like they have your best interests at heart.

Someone telling you to calm down is basically insinuating that you’re crazy for reacting in the way you did. Having someone order you about when you are pissed off makes the situation worse.

When your buttons have been pushed, and steam is hissing from your ears, use one of our clever comebacks to let them know their behavior is not OK.

If you have a better comeback, leave it in the comments below.

Got any comments, questions or tips for dealing with people who tell you to calm down? Share them in the comments below.

We all know someone who appears to be your friend and who smiles at you and then delivers a zinger of an insult, leaving you speechless. What’s even worse is they do it every time you see them, leaving you feeling ambushed once again by a nasty remark.

Jackson was sitting quietly in math class when the class idiot came up, put his arm around his shoulder, and called him, “my cabrone.” Connor meant to say, “my bitch” only his Spanish wasn’t so hot, and he ended up saying, “my asshole.”

Connor had embarrassed Jackson before, so this time he was ready. Jackson had four comebacks on the top of his tongue, and he said a few in front of the entire class. Everyone cracked up laughing at Connor’s expense, and he never bothered Jackson again.

These top ten comebacks for verbal bullies will let the person know that underneath their shiny facade, you know that their comments are truly rotten. Check out some great comebacks now, and you will be armed to talk back next time an idiot makes a mean comment.

Remember, it’s not what you say but how you say it. It’s best to deliver these snappy remarks with a smile on your face.

Donald Trump and Rosie O’Donnell have been feuding for years. Both are known to be argumentative and engage in spats. Both are rich and powerful, it is hard to believe that they really don’t have better things to do with their time!

Trump has brutally insulted Rosie publicly in his tweets. Sure, you may think thinks bad thoughts about somebody but do you really need to say this to the entire world?

Got any comments, questions or tips for dealing with verbal bullies? Share them in the comments below.

When you are talking to a friend or family member and you disagree about a subject, they may blurt out ”You’re wrong!”

You may find yourself annoyed that they aren’t listening to you or that they are so pig-headed they only see one side of an argument.

You have to decide if it is worth putting in the effort to change their mind. In life, you have to pick your battles about what you get wound up about and what you let go of.

If you want to let the person know you don’t agree and that they are actually the one who is wrong, use one of our clever comebacks and shut them up, at least temporarily. 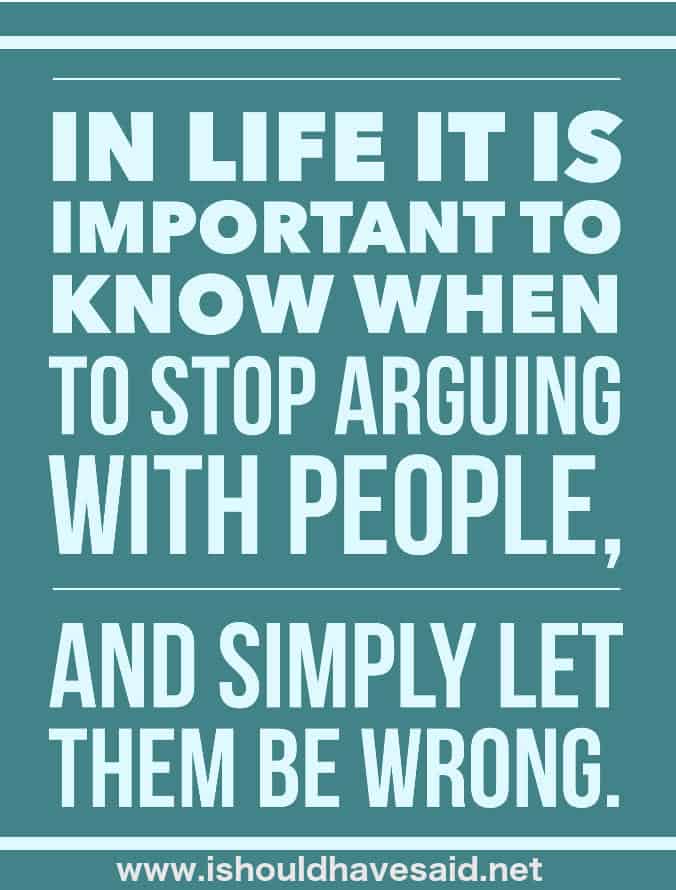 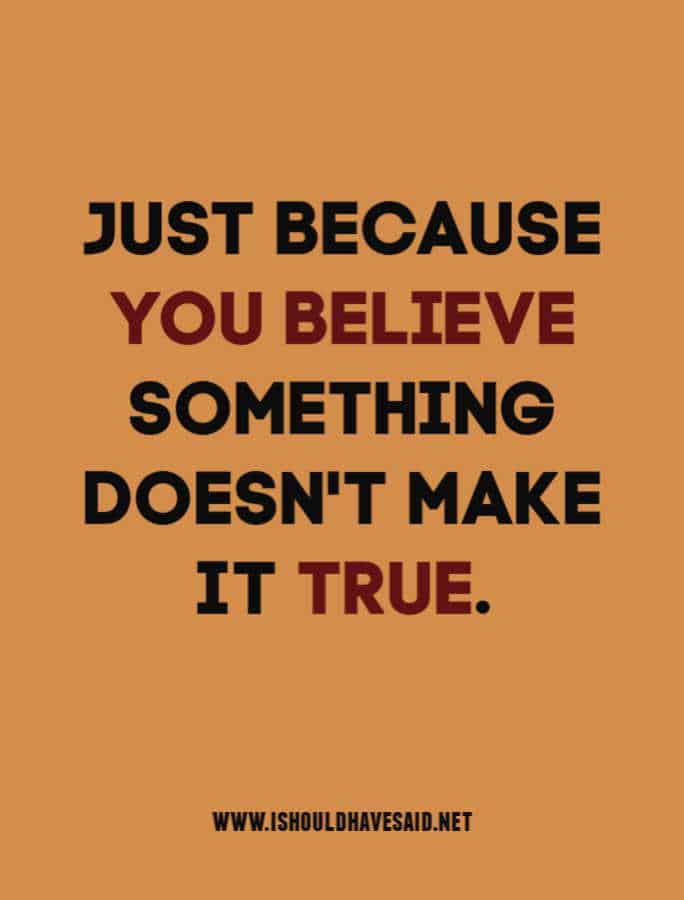 When a verbal bully calls you a moron you may be taken aback, even a little startled. After all, it is a very nasty thing to say to someone.

Some people think you should just ignore it, but if you do there is a pretty good chance the person will think you are an easy target, and they will probably single you out for more abuse in the future.

When an idiot calls you a moron, use of our snarky comebacks below. Vote for what you think is the best answer.

Vote for the best comeback when someone calls you a moron

Got any comments, questions or tips for dealing with someone who calls you a moron? Share them in the comments below.