Can kids be friends after bullying?

Watch our free training on how to bully proof your child.

Teachers In elementary schools may encourage younger children to be friends again after bullying incidents. This is suitable if it was a minor incident, where the children have learned a lesson and moved on. But if another child has been bullying your child for a while in a more extreme situation, the friendship may be completely cooked.

Forcing a child to continue to interact with someone who has been unkind reinforces perilous outcomes.  Will that child then think that they should accept abusive behavior from others when they are older? Completely severing a friendship may be challenging when you have to see someone every day at school, but your child can distance themselves and move on to a different friend.

Can you be friends with the parents of your child’s Bully?

It can be difficult if your family were friends with the family whose child has turned into a bully. It’s one thing for kids to drift away to other friendships, or to have phases of not liking someone for whatever reason, but feeling like someone is bullying your kid is a perfectly legitimate reason to no longer wish to be friends with their whole family. 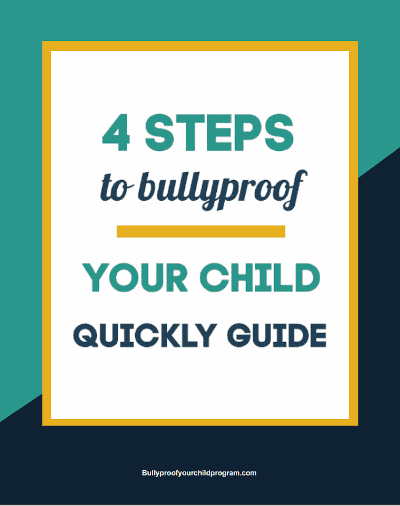 SEND ME THE TIPS

Shonda said her family experienced a very difficult situation when her son’s friend turned into a covert bully and only caught out at the end of a long period. Both families had been friends, even had dinner together, but once the true extent of the bullying was revealed it became clear that the families’ friendship was no longer possible. The kid who they had recently welcomed into their home had been trying to turn mutual friends against her son at school, encouraging other children to “hunt” him on the playground.

What was even more disturbing was after the bully was caught, he lied outright to three teachers claiming that he hadn’t been doing anything wrong. Even worse, caught and reprimanded he still continued the bullying, forcing Shonda’s family to put in a second compliant to the school. The bully, who we will call Luke, had no real remorse for his actions.

Mutual school friends forced Luke to apologize to Shonda’s son, and other witnesses came forward and told Shonda’s family about Luke’s cruel and abusive behavior. The parents came to a conclusion that even though Luke’s parents are nice people, the kid was completely morally bankrupt and not someone that they would want near any member of their family. By age ten children should know the difference between right and wrong, and what their kid was capable of, was truly frightening.

Your child is going to watch how you handle your own friendships in difficult situations like this. It is important for your child to know that you support them. Sending a message that you are still friends with their tormentor (or his family) is like condoning that is OK to accept bullying behavior and be treated poorly to keep the peace. It is not fair for you to make your children play with someone who is bullying them simply because you want to be friends with their parents, or it will make teachers lives easer. Remember you are a parent first, and a friend second.

Even though you no longer wish to be friends with their family, it is recommended that you don’t go around badmouthing the parents of the bully. If the kid is as bad as you think they are, the other parents will figure it out on their own soon enough.

One parent from Texas shared how she couldn’t believe the level of hatred she felt for her child’s bully, which is a natural response. As a parent you want to protect your child, and in a bullying situation you may feel you have very little control and can’t help. By age ten or earlier, kids should know the difference between right and wrong, and they are fully aware of what they are doing. As a parent you may feel like you are dealing with the result of someone’s morally bankrupt kid. Dealing with a bully takes a tremendous toll on the entire family and it is normal to have feelings of disgust and resentment. We suggest that be channeled into some of the proactive actions above and active monitoring of the situation, and getting feedback from other parents.

Sign up here: to watch the free workshop to bully proof your child. We will walk you through what to do to stop your child from being bullied.