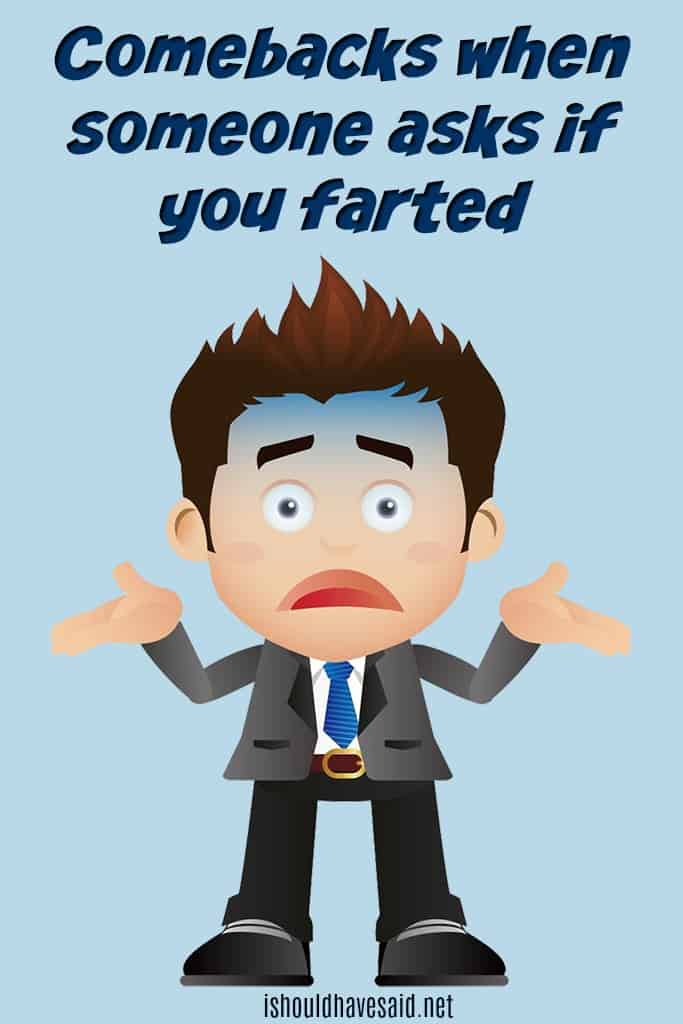 We all suffer from being a little gassy from time to time, but it can embarrassing when you are singled out and asked, “Did you fart?” It is even more mortifying if you are asked if you farted in front of a group of people.

You could try to run off to another area of the room and blame it on someone else, but it really is not necessary. After all, farting is natural and everyone does it, so nobody should be getting on their high horse and giving you a hard time.

Next time you are accused of letting some gas rip, use one of our clever comebacks and shut the person up.

Vote for the best comeback when someone asks if you farted 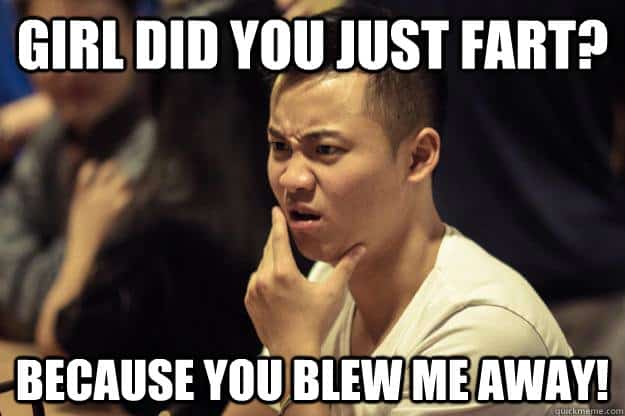 Got any comments, questions or tips for dealing when people asks if you farted? Share them in the comments below.

How should a girl respond when someone says, ”You are such a gold digger!” Of course it depends who’s says it a hot guy or some girl, but go ahead, tell us what you think is the best witty comeback.If you can think of an even better gold digger comeback, let us know and leave a comment below.

Got any comments, questions or tips for dealing with someone who calls you a gold digger? Share them in the comments below.

Do you know a teenager or do you have a friend who is always complaining, “I’m so bored!” When you think of it, it is a little sad that someone doesn’t have the ability to entertain themselves.

Really, being bored is a first world problem, a luxury. With the intranet and a gazillion TV channels you would think people would figure out something worthwhile to do instead of sitting around and complaining.

Here are a few clever comebacks that you might find useful, next time they are whining in your ear that they’re bored.

Got any comments, questions or tips for dealing for dealing with someone who complains that they’re bored? Share them in the comments below. 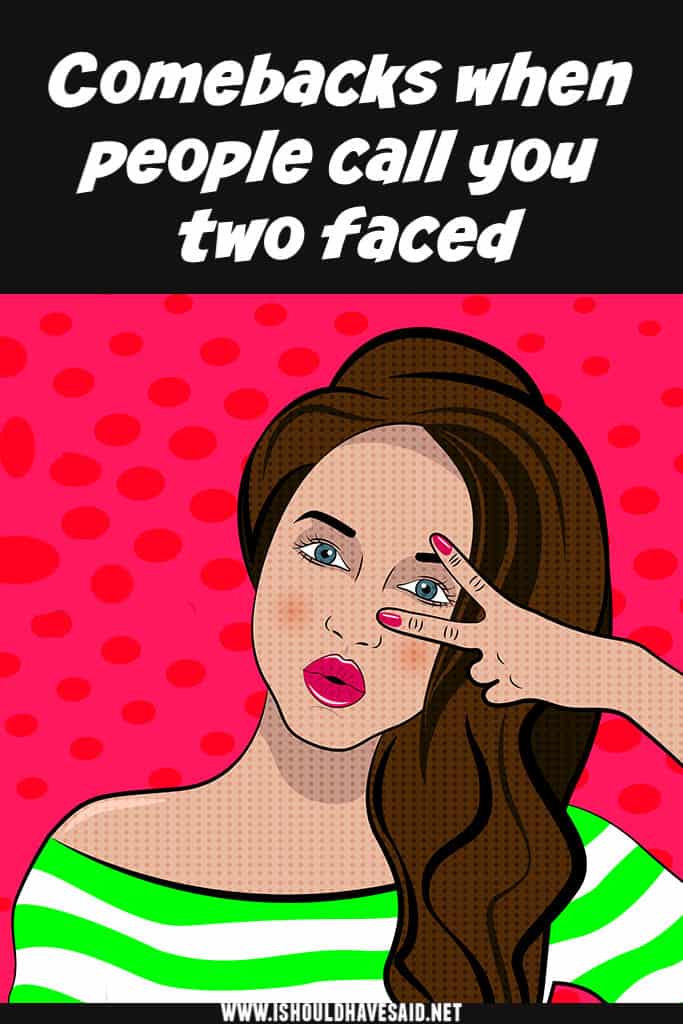 If someone calls you two-faced, they are saying that you are not trustworthy and could be a backstabber.

Maybe you act one way with one group of friends and one way with another group. Some people look for anything to criticize and will complain no matter what you do. You can’t be friends with everyone, so don’t waste your time trying to be.

Part of growing up is realizing that you need to behave in a civilized way and get along with people you may not necessarily like. That comes with the territory of being an adult. You need to suck it up and get along with the people you work with. You can’t have tantrums and ignore people you can’t stand. Real life doesn’t work that way, but some folks will call you two-faced when all you’re doing is acting like an adult.

The next time you are called two-faced, use one of our great comebacks and shut the person up.

Vote for the best comeback when someone calls you two faced 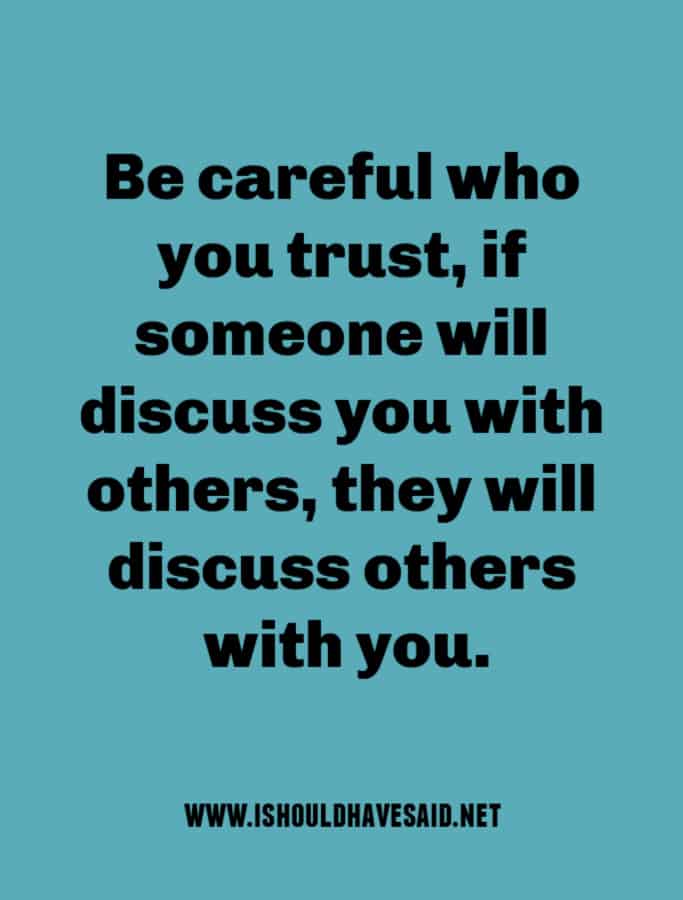 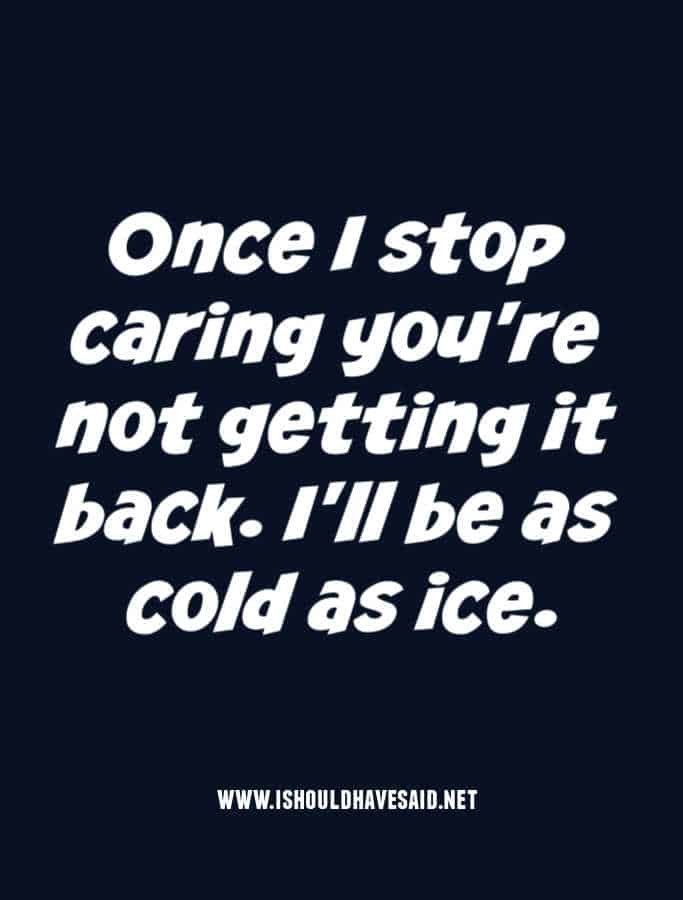 Got any comments, questions or tips for dealing with people who call you two-faced? Share them in the comments below. 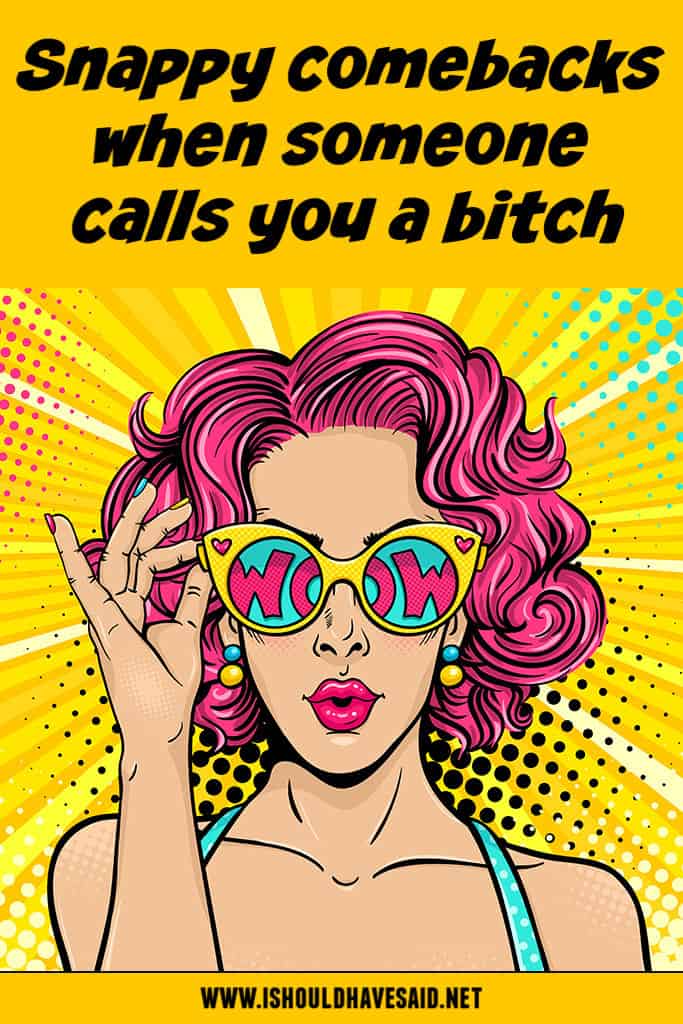 Women are often called bitches unfairly, anytime you stand up for yourself, take a stand or refuse to give in, chances are you will get called the B word. If a man did the same thing, people wouldn’t say a word. If you turn a guy down, even in a kind way, you are called a bitch. All of these things are things you shouldn’t have to apologize for.

Don’t let haters and critics get to you, keep on living your amazing life and make your hater your motivator. Insecure people put others down so they can feel better about their own life.

Next time someone calls you a bitch, use one of our great comebacks and shut them up.

Vote for the best comeback when you’re called a bitch 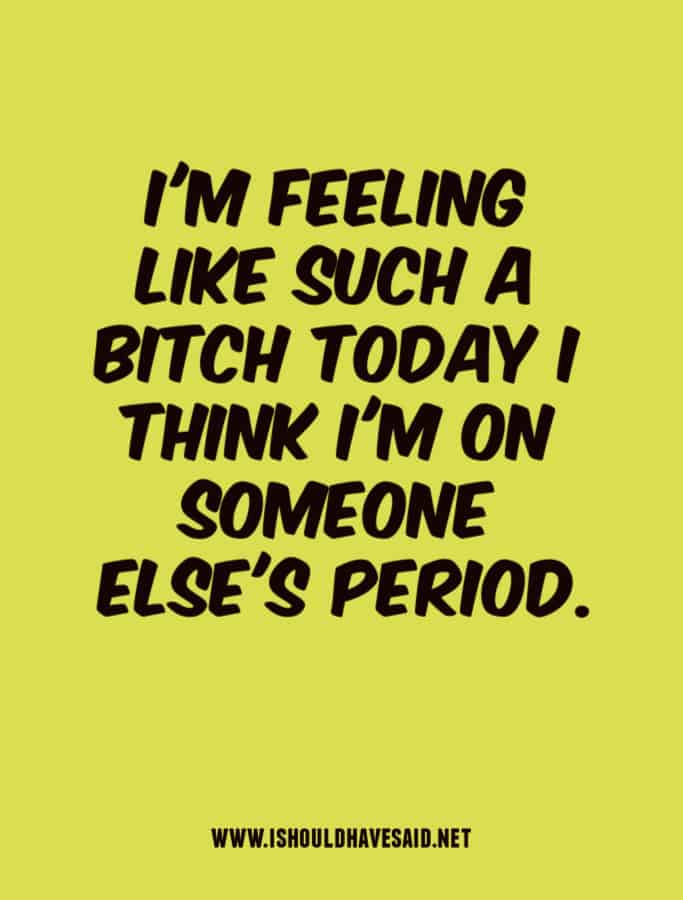 Kanye West Calls Taylor Swift that Bitch in his song

In 2009, Taylor Swift was giving her acceptance speech at MTV Video Music Awards, all of a sudden Kanye storms the stage to say that Beyonce had one of the best videos. He ruined Taylor’s special moment in front of the world.

Then Kanye writes a song called Famous and refers to Swift as “that bitch” in the song. Really, can you image a guy being treated like that?

” Swift,said”You don’t get to control someone’s emotional response to being called ‘that bitch’ in front of the entire world. … He promised to play the song for me, but he never did. While I wanted to be supportive of Kanye on the phone call, you cannot ‘approve’ a song you haven’t heard.” 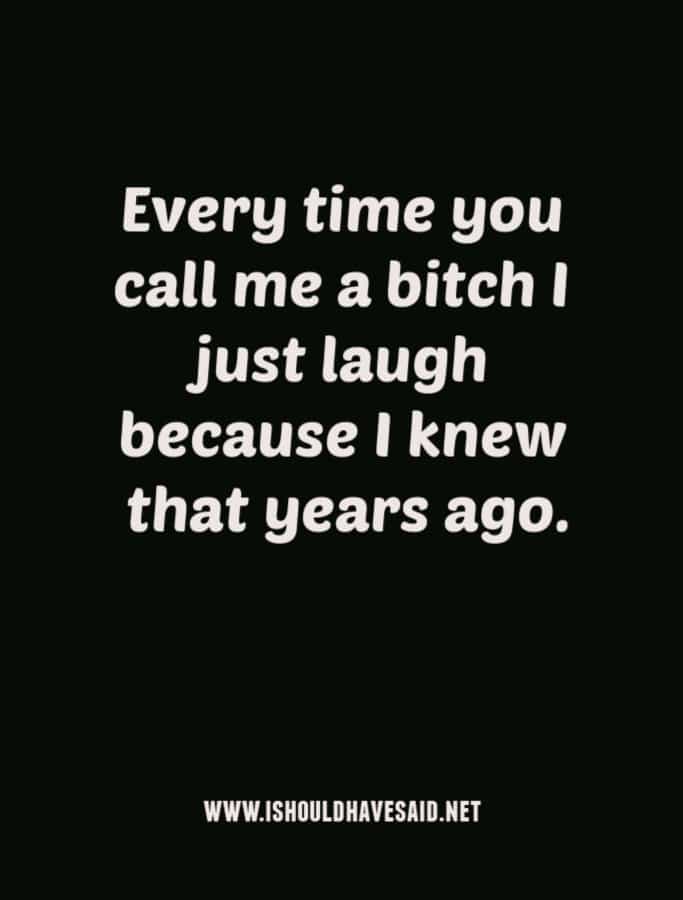 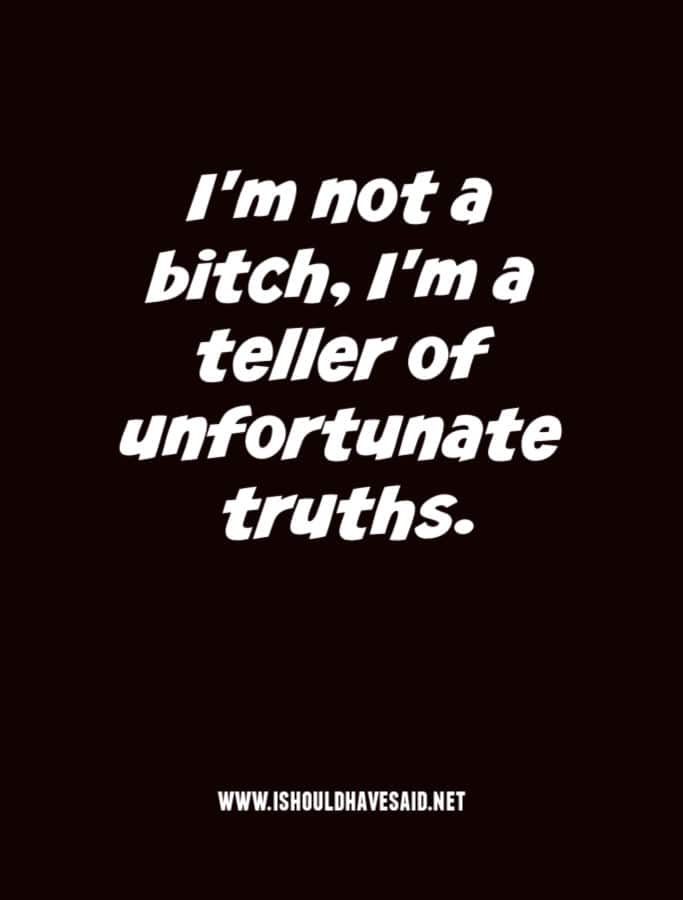 Got any comments, questions or tips for dealing with someone who calls you a bitch. Share them in the comments below.