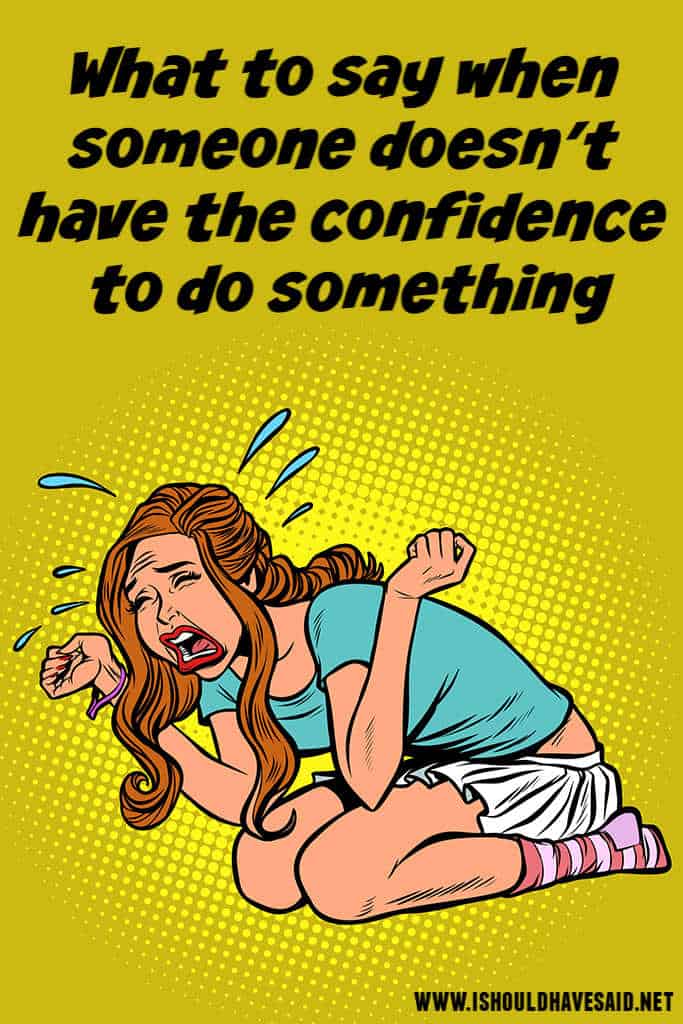 Not all relationships work out, but it can be really awkward when people ask why you split up with your EX.

If you have been in a relationship for a while, a lot of nosy people will want to know why it is over. They will want to know if something happened if one of the parties involved cheated or hooked up with someone else.

Answering a lot of intrusive questions can be awkward, especially if you go to the same school or work with your Ex. You are under no obligation to provide the nitty-gritty details of why the relationship ended. It is often more respectful to leave a lot of things unsaid.

It’s a given that people are going to talk about your relationship being over. Accept it and move on. Especially people who have nothing going on in their own lives.

Next time someone asks an intrusive question about why you broke up, use one of our clever comebacks.

Got any comments, questions or tips for dealing with someone who asks why you broke up with your EX? Share them in the comments below.

When someone tells you that they can’t live without their boyfriend or girlfriend they maybe they’re being overly dramatic or they could be in an unhealthy relationship.

When you hand over the emotional control over yourself to another, you are putting yourself in a very dangerous situation. Being needy isn’t attractive, imagine how your partner feels knowing that you think it is up to them to make your life happy.

Next time someone tells you that they can’t live without someone, use one of our great replies and try to talk some sense into the person.

Have you ever met someone on a dating App and they’re good-looking, they seem nice but there’s just no chemistry? Unfortunately, they want to see you again, but you’re just not interested.

Let’s face it, you’re not going to want to have a relationship with every person that you meet online, but if you are very attractive, you may find you have more potential suitors than people you are into.

A friend of mine used to share her hideous dating stories where guys would be cheap, argumentative and downright jerks. I swear she went on over 50 bad dates and then one day, viola, she met the one. After three years of terrible dates, she was married and pregnant within a year in a half. In a sea of assholes, there are some really nice people out there, even if it doesn’tseem like it at the time.

Even though you may find someone a little horrifying as a potential romantic suitor, you probably don’t want to dump them in a mean way and make an enemy for life. You never know where you may run into someone again, at a job interview, spin class or your cousin’s wedding.

So before you go and break someone’s heart, it is probably best to break it off in a nice way when you turn them down.

When you’re date asks if they’re going to see you again, use one of our clever responses below.

Got any comments, questions or tips when someone asks if they will see you again? Share them in the comments below.

When someone asks the parent of an adopted child, “Where is her real mom?” it can be really hurtful.

Adoptive mothers get asked about the real mom as if they themselves are some fake imposter. A real mom is the one who is there for their child day to day, when they are sick, tackling their homework or sharing a family meal. Real moms are there for the first day of school, the first boyfriend/girlfriend and the ups and downs of life.

Urban dictionary has a fun definition of what a mom is, “The woman who loves you unconditionally, the one who puts her kids before herself and the one who you can always count on above everyone else.

Just telling her your problems makes you feel better because mom’s always know how to make it all go away.”

Next time a nosy stranger asks about your child’s real mom, use one of our clever comebacks and don’t give it a second thought because you are the real mom.

Got any comments, questions or tips for dealing with someone who asks who is your child’s real mom? Share them in the comments below.