If you have been an asshole own it,  apologize and move on. If you’re not really being an asshole, you may want to use one of comebacks below.

Vote for what you think is the best answer. If you have an even better comeback, go ahead, leave it in the comments below.

Vote for the best comeback when someone calls you an asshole

Got any comments, questions or tips for dealing with someone who calls you an asshole. Share them in the comments below.

When people call you angry it is probably because you are in bad and pissed off mood. Maybe you are taking out your emotions on those around you.

Some folk like to try and push your buttons, wind you up, get you and angry and then tell you to calm down.

When someone is trying to trigger you or piss you off it is better not to respond or give them the emotional response they were hoping for.

You can’t control what other people do, especially when they are trying to drive you crazy, but you can control your reaction to them. Some folks are just not worth being upset or angry about.

Next time someone calls you angry, just smile and calmly use one of our great comebacks.

Vote for the best comeback when someone calls you angry

Got any comments, questions or tips for dealing with someone who calls you angry? Share them in the comments below.

There are haters everywhere, all over all the world. Anytime you step out of your comfort zone and do something 30 percent of people will like it, 30 percent of people won’t like it and 30 percent of folks won’t care. (Who knows what happened to the other 10 percent). I have experienced this with the web site, people hating on me for what I have created.

When some jerk mouths off, “I hate you!” you can either respond with a comeback or let it go because he might be part of the 30 percent of the hater population. If you are continually being picked on, you can use a comeback to let the person know that you are not a doormat who can be walked all over. Often after responding with a few comebacks, and making the bully look like a fool, they move on to another target.

Vote for the best comeback to I hate you

Taylor Swift was picked on by mean girls at school

Taylor Swift found herself suddenly unpopular in middle school when she was picked on by a group of mean girls. “Junior high was actually sort of hard because I got dumped by this group of popular girls,” the singer-songwriter, 19, told Teen Vogue  She said of the mean teens, “They didn’t think I was cool or pretty enough, so they stopped talking to me.”

Taylor liked a style of music that wasn’t popular where she lived, which gave the bullies another reason to single her out. “The kids at school thought it was weird that I liked country [music],” she says. “They’d make fun of me.” Taylor can look back on this time on her life with a positive perspective. She says, “Really, if I hadn’t come home from school miserable every day, maybe I wouldn’t have been so motivated to write songs. I should probably thank them!”

Got any comments, questions or tips for when someone says “I hate you!”? Share them in the comments below. 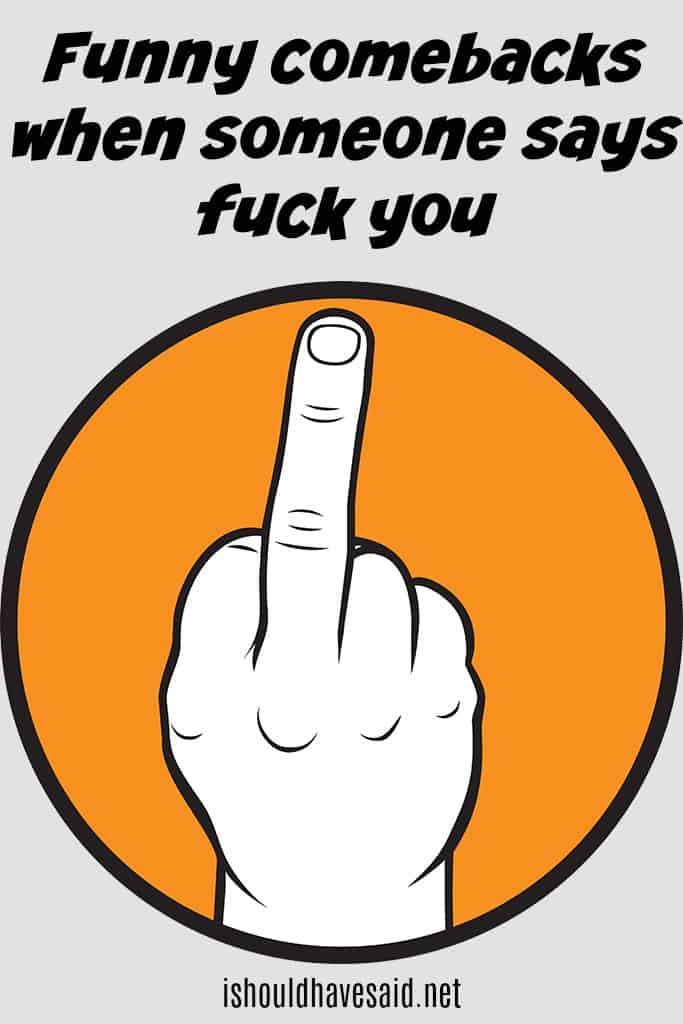 What can you say when some rude person blurts out, “F*ck you!” Yeah, it can be embarrassing if someone yells obscenities at you in front of a large group of people. How you respond will depend on who they are and how they said it. Obviously, they are upset about something, and they are not feeling particularly articulate.

The phrase “f*ck you” has a few different meanings:

If the person said that in front of a group of people and you are looking for a laugh, the comebacks below will work.

Vote for the best comeback to F*uck you 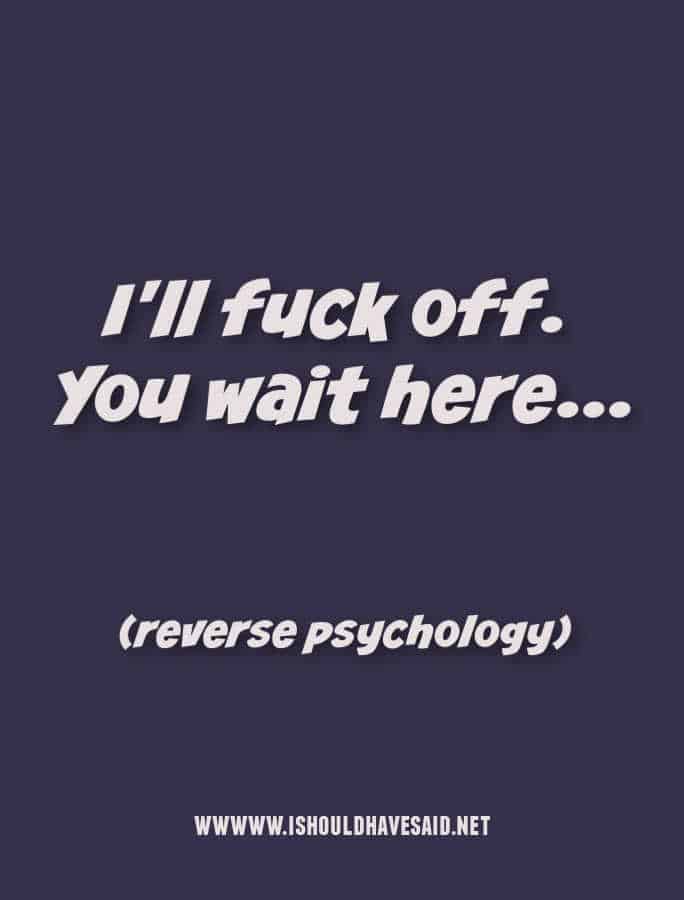 Got any comments, questions or tips for dealing for dealing with someone who says fuck you? Share them in the comments below. 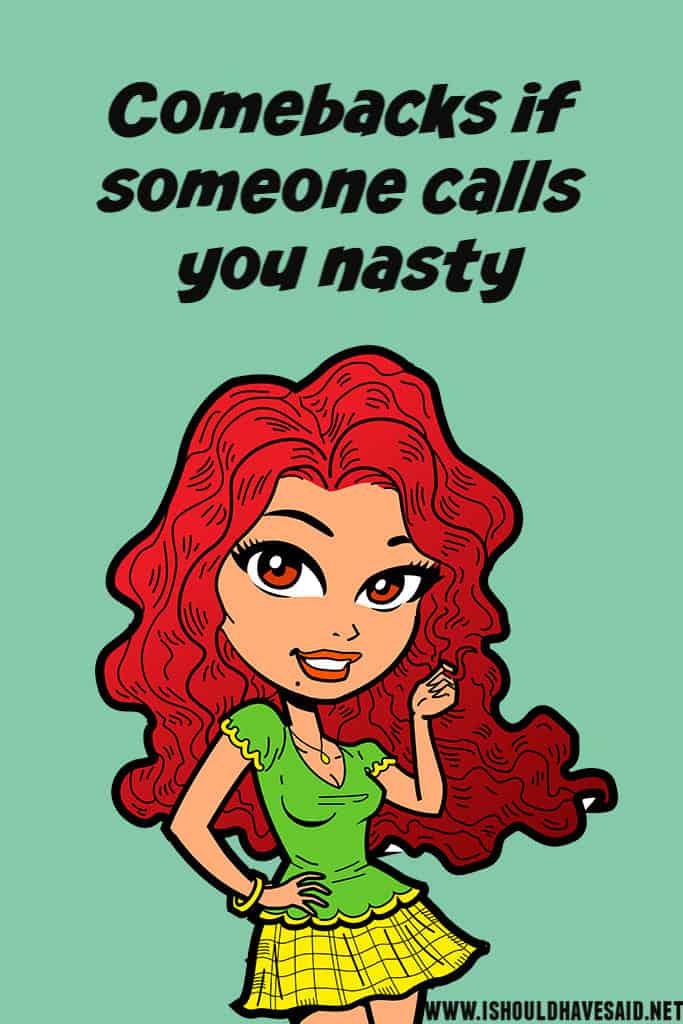 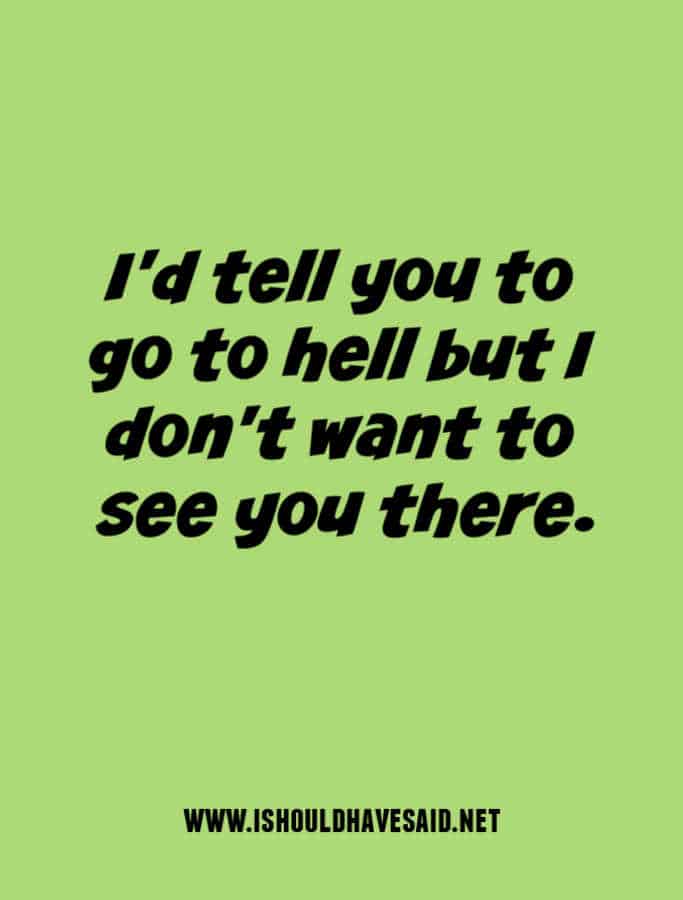