Annoying and obnoxious people are everywhere; they are in line at the grocery store, at the movies, or even at your Thanksgiving dinner. Dealing with obnoxious individuals can be aggravating and can cause a lot of stress.

Obnoxious people don’t realize that they are the cause of the problem. They go through life clashing with everyone they come into contact with and have conflict in many of their relationships. They never figure out what they are doing wrong or why they don’t have many close friends.

Eden was excited to see an old friend from school who had moved away to a foreign country for a couple of years. Savannah was back in town, and Eden decided to invite her family over for a get together. They were both now 16 years old, and they were 14 the last time they saw each other.

As soon as Savannah arrived at her old friend’s house, she had a rude attitude towards everyone. She proceeded to insult the pie that Eden had made from scratch saying it was terrible. The rest of the time she was on her phone and ignored everyone in the group. She then stood up and said, “We should go. This is really boring.” The host family stared in shock, their lower jaw hanging open.

Some people are not worth the effort! When you clean your house, cook for someone, and welcome them into your home, you don’t expect to be insulted. When you witness shockingly bad behaviour, you decide that some people are not the kind of people you want to spend time with.

If you have had enough, here are a few snappy comebacks to get your point across.

What to say to an obnoxious person

The world would be a better place if Kanye West kept to rapping and gave up the obnoxious trash talk. When he isn’t interrupting award speeches, he’s social media stirring up drama. Kanye has to constantly apologize to other celebrities for his bad behaviour, you would think he would eventually realize that he is better off keeping his mouth shut.

Are you ever overwhelmed with the urge to tell someone to shut up? There are chatty people who engage in genuine conversations which is fine, but non-stop talkers who talk at you are frustrating and exhausting.

Some people monopolize conversations, stopping anyone else from getting a word in. Often, the conversation hog doesn’t get to the point or goes off on tangents, driving their listeners crazy. The funny thing is that they don’t even notice that they have lost their audience.

If you can’t take it anymore, here are a few things you can say to let the windbag know that you have had enough.

What to say to someone who won’t shut up

Got any comments, questions or tips for dealing for dealing with someone who won’t shut up? Share them in the comments below. 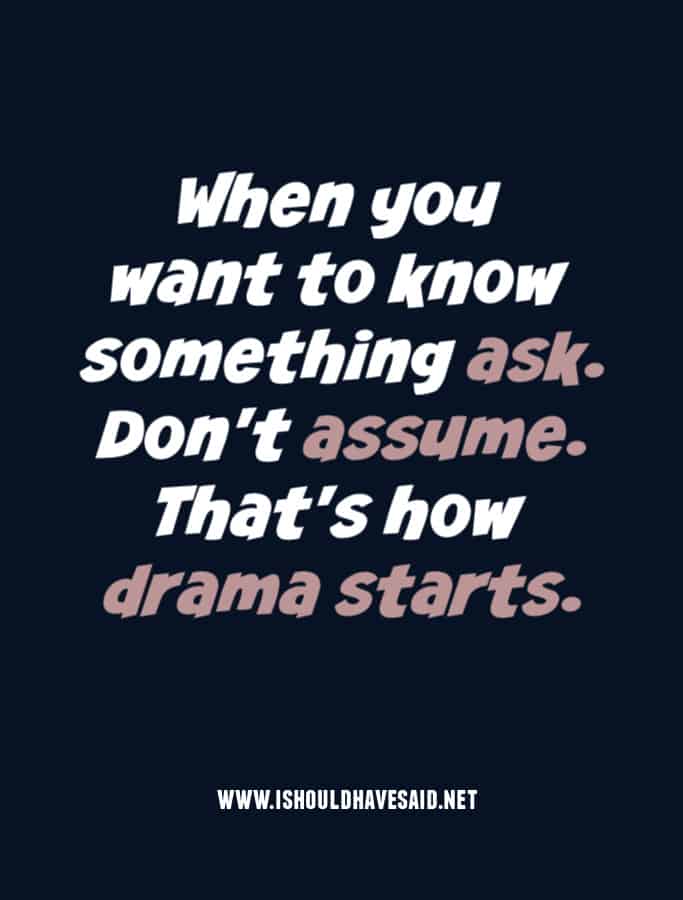 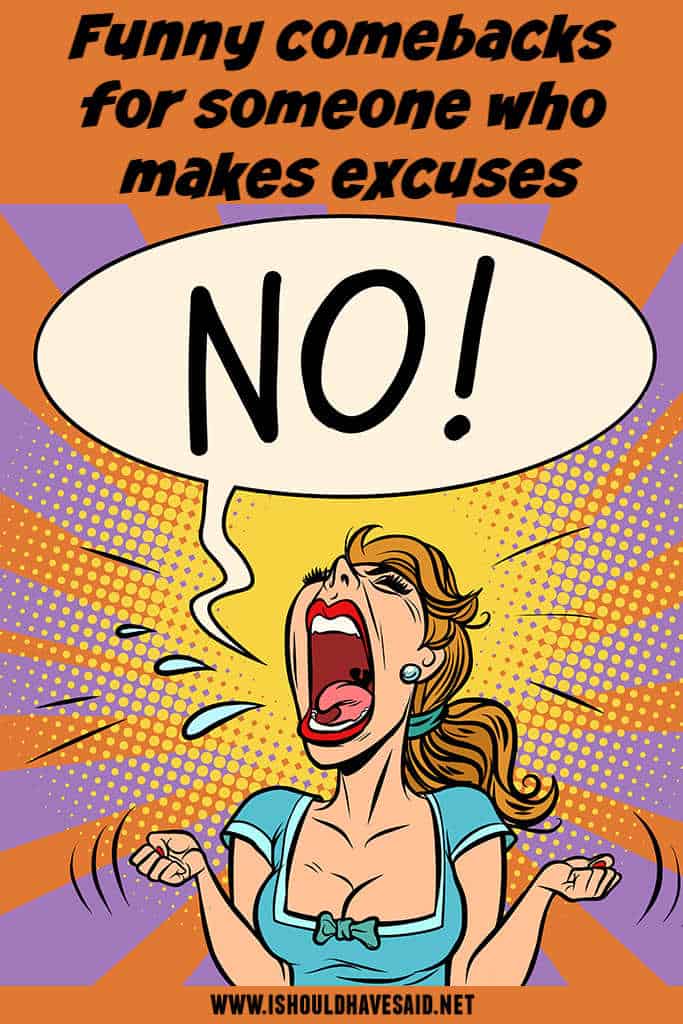 Are you tired of someone in your life who constantly makes excuses for their behaviour or lack of results? Some folks have an excuse for everything, and they are always pointing the finger and blaming others for all of the disappointment in their lives.

Actor, Jamie Foxx, grew up in Terrell, Texas, where he experienced racial discrimination as a black child growing up in a segregated community. He was abandoned by his own parents and raised by his mother’s foster parents. Even though his own father lived 28 miles away, he didn’t visit or make contact with Jamie while he was growing up.

Jamie began playing the piano when he was five years of age, he was at the top of his class academically and became a school basketball player and quarterback on the high school team. He also sang in a band and a choir. He worked hard and has gone on to become a triple threat a comedian, an actor, and a singer.

Even after he became famous, his parents still weren’t interested in having a relationship with him. If anybody deserves to feel hard done by and making excuses it’s Jamie Foxx. He doesn’t complain, he just keeps going and reaching for new goals.

If you don’t want to hear lame excuses anymore, here are a few snappy comebacks you can say to shut the person up.

Vote for the best comeback for someone who always makes excuses 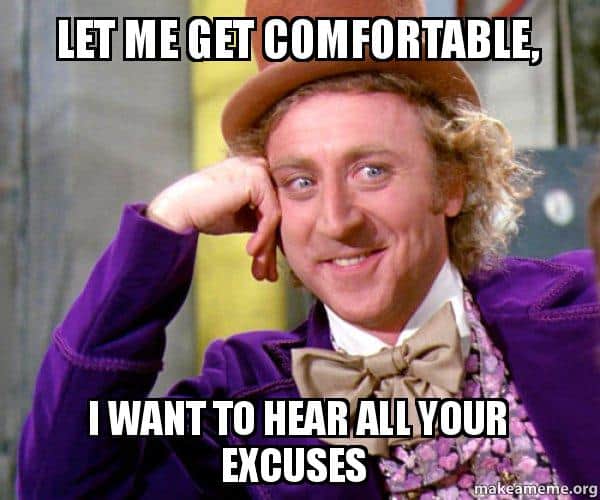 Got any comments, questions or tips for dealing with a person who is always making excuses? Share them in the comments below.

When someone is putting you down in public and embarrassing you in front of others it is completely unacceptable. The bully’s intent is to make someone else feel inferior so they can feel powerful. Confident secure people who are happy with themselves don’t feel the need to belittle others.

You have a choice of who you spend time with, you don’t have to accept bad behaviour from rude and disrespectful people. Sure, some people have had tough lives it’s true, but you’re not a punching bag for someone who hasn’t dealt with their unresolved issues.

When someone puts you down, don’t blindly accept their criticism as the truth. Even when a boss or teacher criticizes you their judgment could be completely wrong. When Thomas Edison was in school a teacher told him that he wouldn’t be successful at school because he was “too stupid to learn anything.” When he started working, his first two bosses didn’t that think he was a productive worker and he was fired from his job. At first, he wasn’t a successful inventor, his 1001 attempt at figuring out the lightbulb was successful. Imagine if Thomas Edison had listened to all of that negative feedback, we could all still be sitting in the dark!

Put downs are such a big problem, I actually wrote two blog posts about this topic, this is this post contains the raunchier comebacks, if you are looking for a politer comebacks for put downs,  check out this post.

Got any comments, questions or tips for dealing with people who put you down? Share them in the comments below.