quotes for any situation 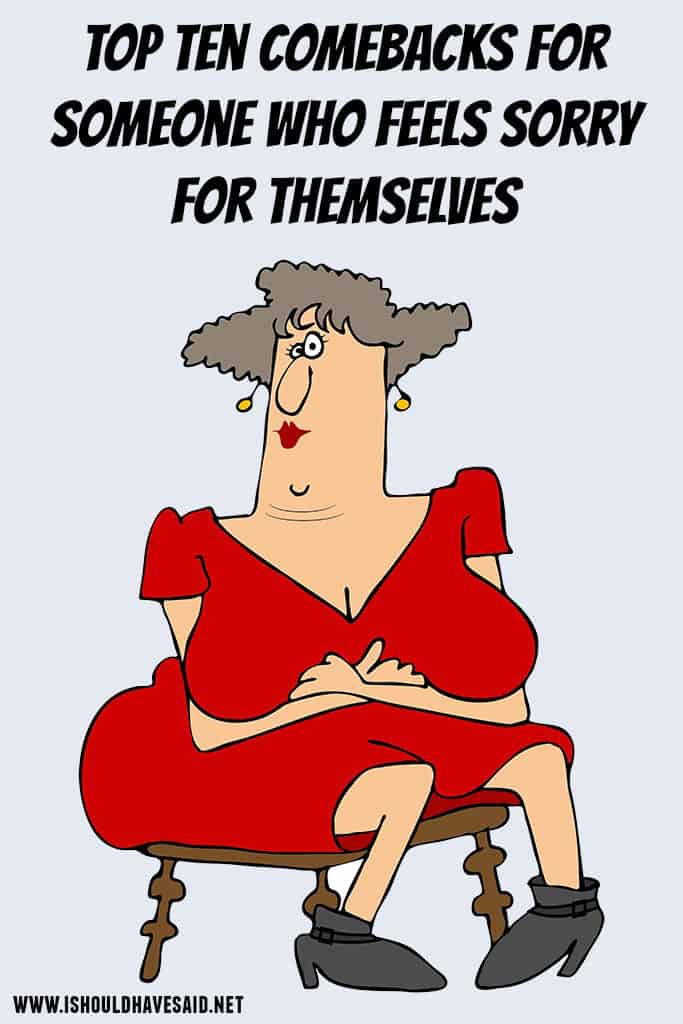 Do you know someone who always seems to feel sorry for him or herself?  You try to help them out by giving advice that is never used or accepted? It can get a little frustrating listening to someone complain when they are not willing to change. If you get tired of constantly listening to a pity party, you may find these comebacks useful.

Got any comments, questions or tips for dealing with someone who feels sorry for themselves? Share them in the comments below. 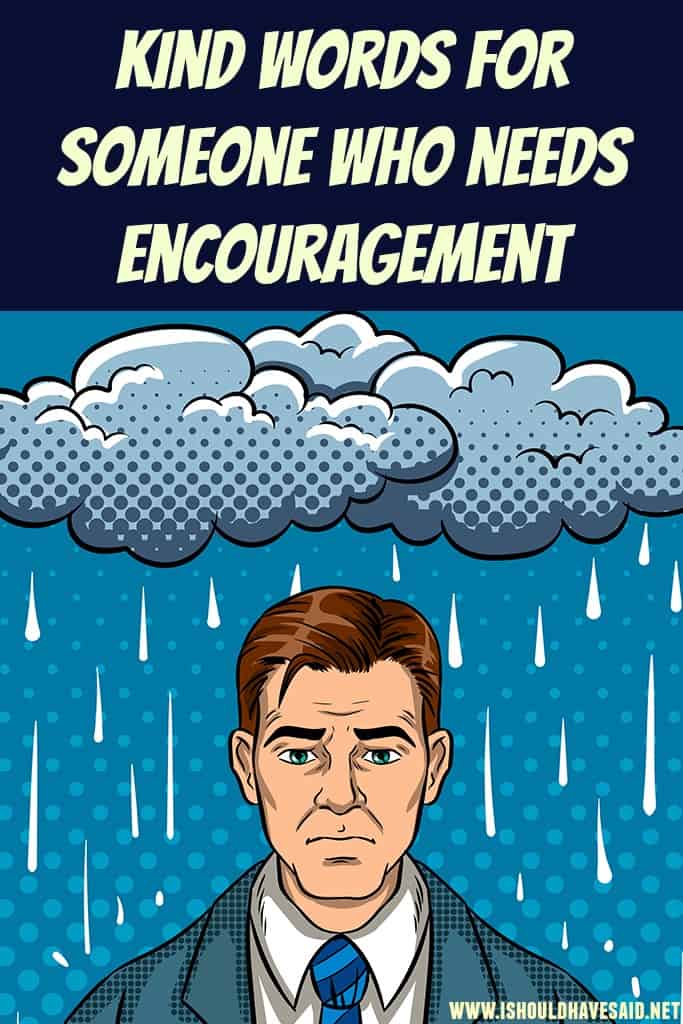 At some point in our life, we all go through difficult times and we need some cheering up. We may experience a failure, a break-up or life just doesn’t pan out the way we expected. Most of us can cope with one area of our lives not going well but when two or three areas start crumbling it can feel overwhelming.

It can be hard to see the positives at the moment when you are going through a challenging situation. Often, many of life’s most difficult challenges lead us on to a bigger life path that we would never have planned for.

Oprah felt terrible when she was fired from her TV news job. After being fired, she landed on her feet when she started her career as a talk show host. She said being a host felt so natural for her it was like breathing. If Oprah hadn’t been pushed out of her TV news job she may not have found her life calling.

All life journeys have ups and downs, sometimes you can’t see the rainbow when you are in the middle of a snowstorm.

Here are some kind words to support someone who is going through a challenging time.

What you can say to someone going through a hard time 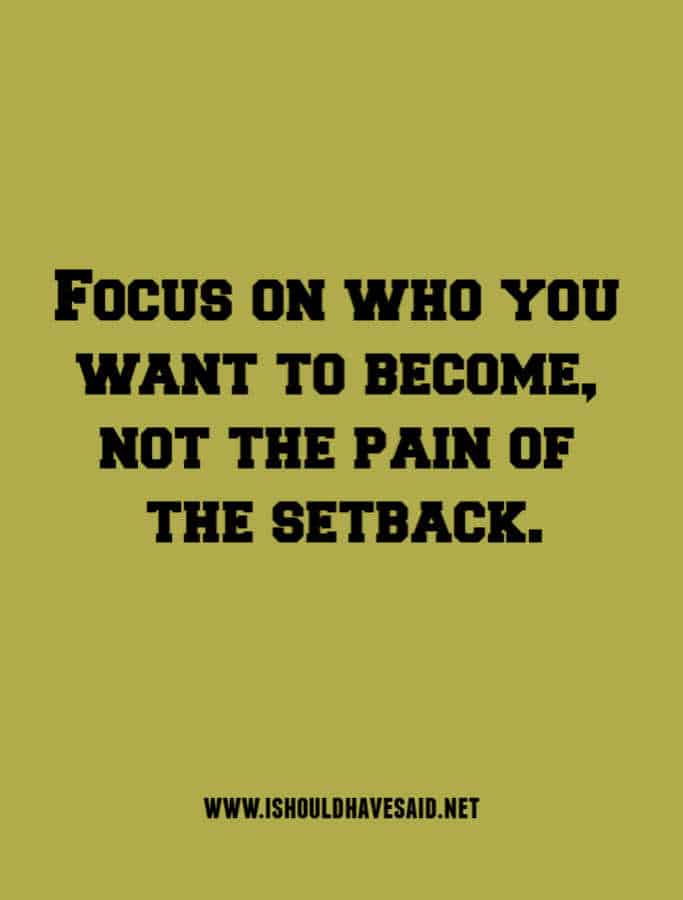 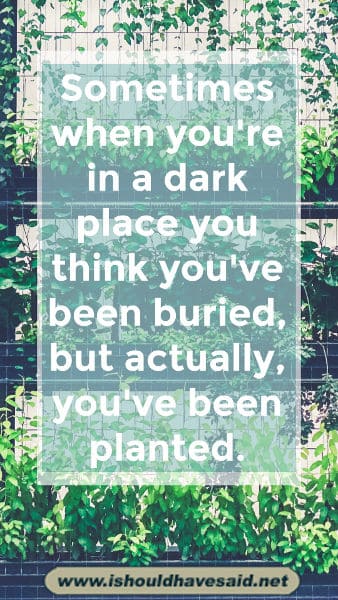 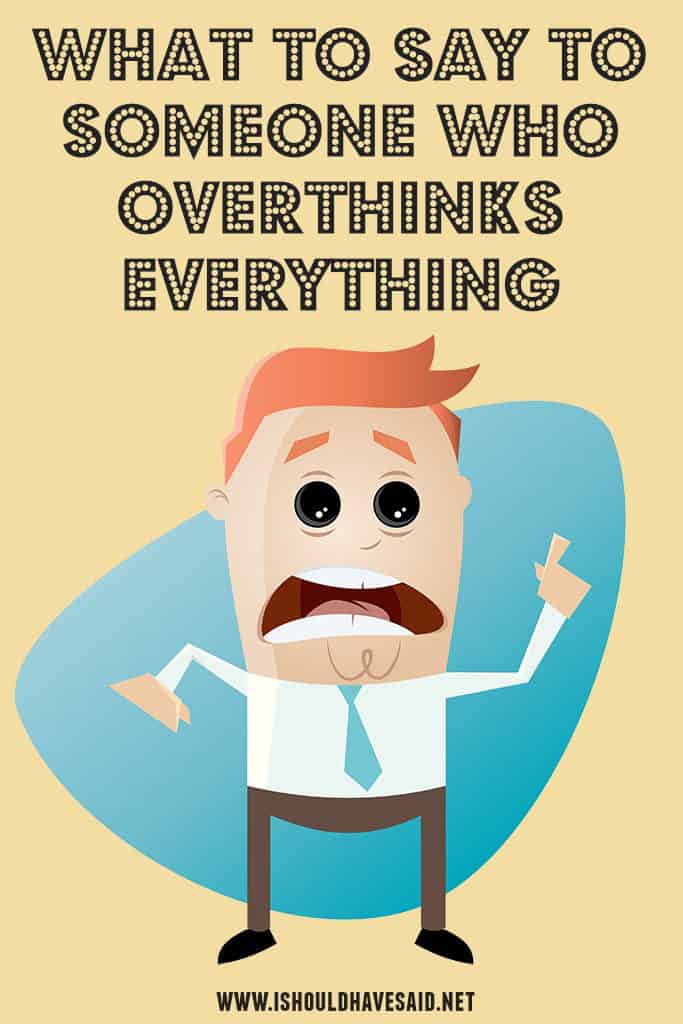 Do you know somebody who overthinks situations and then seems paralyzed to take action? Overthinking is a self-imposed roadblock that can cause anxiety, people need to switch from thinking to doing.

Some people replay conversations and events over in their head for days, running different scenarios wondering if they could have handled a situation differently and worrying if they offended somebody. They berate themselves for mistakes and distress over what could go wrong in the future.

The continual pattern of negative thinking can sabotage your efforts for a positive outcome. A friend of mine, Monica, actually ruined a day off work because she got so worked up about a stressful situation that she felt miserable on her day of freedom away from the office.

Most people find it challenging to control their thinking and only think about what they want. Instead, people spiral into negative thought loops that become negative habitual patterns in their mind.

If someone is in a negative loop overthinking a situation, here are a few things you can say to help them get into a better frame of mind.

Top ten things to say to someone who overthinks everything 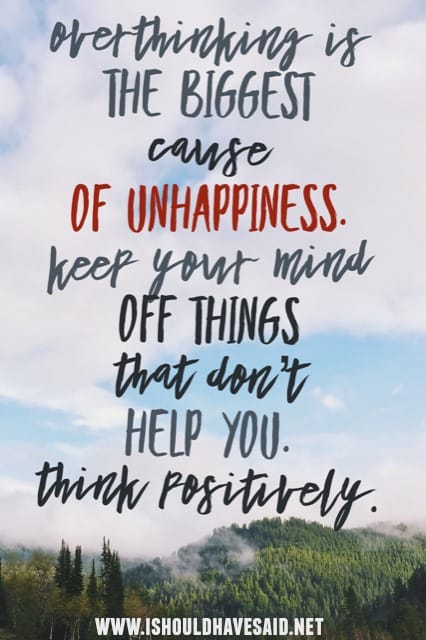 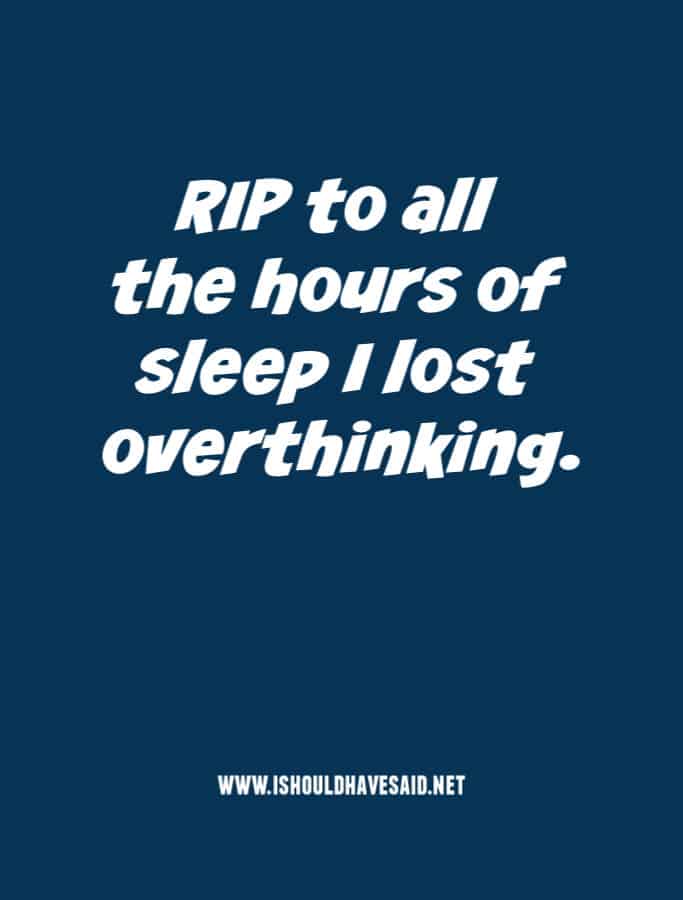 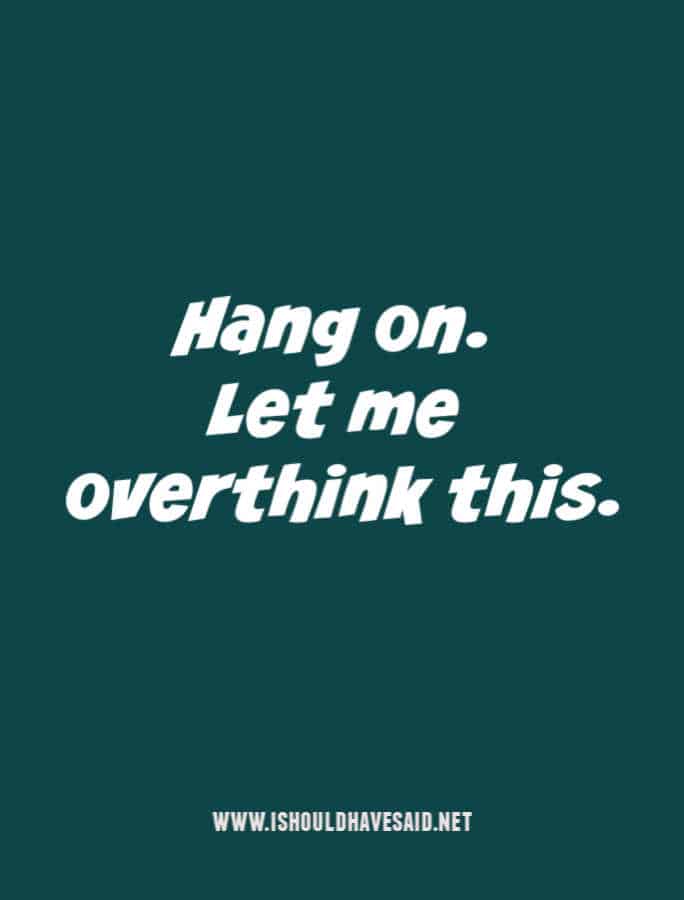 \
Got any comments, questions or tips for dealing with someone who overthinks everything? Share them in the comments below.

Do you have a friend who gossips about you or other people? It can be beyond hurtful to find out that someone that you thought was a good friend is talking about you behind your back. Be careful who you trust. If someone talks about others with you, they will certainly talk about you with others.

We have all been taught we shouldn’t talk about people behind their backs, but some people can’t help themselves and constantly talk negatively about others.

Jared was friends with a girl in high school. He had been warned that Clarissa was a gossip, but he thought she seemed nice. He found out during the summer that she had been spreading rumours that he was gay even though he had never told her such a thing and liked girls. Jared realized he could not be friends with such a toxic person and distanced himself from her. He was still in a tennis club with Clarissa, so he couldn’t avoid her completely. He heard from coaches and others that she had been saying horrible and shocking things about him that weren’t true. The funny thing is that in time, people found out who she really was and nobody liked her. She kept repeating the same pattern.

If you get tired of being contaminated by the gossip’s poison and want them to stop, here are a few things you can say to let the gossip know that you don’t want any part of it.

Top ten comebacks for a gossip

Perez Hilton started his career being a gossip

Perez Hilton is a notorious gossip, he created the infamous Hollywood gossip blog PerezHilton.com He started blogging in 2005 and he is now reportedly worth be $30 million.

Perez is openly gay, on his blog he tries to out celebrities who are secretly gay. Hilton has been criticized for exposing things that people are not ready to share publicly. Perez responded to the criticism by saying to Access Hollywood.:

It upsets me that people think what I’m doing is a bad thing”, I don’t think it’s a bad thing. If you know something to be a fact, why not report it? Why is that still taboo?

I guess Perez has no trouble sleeping at night.

Got any comments, questions or tips for dealing for dealing with gossips? Share them in the comments below. 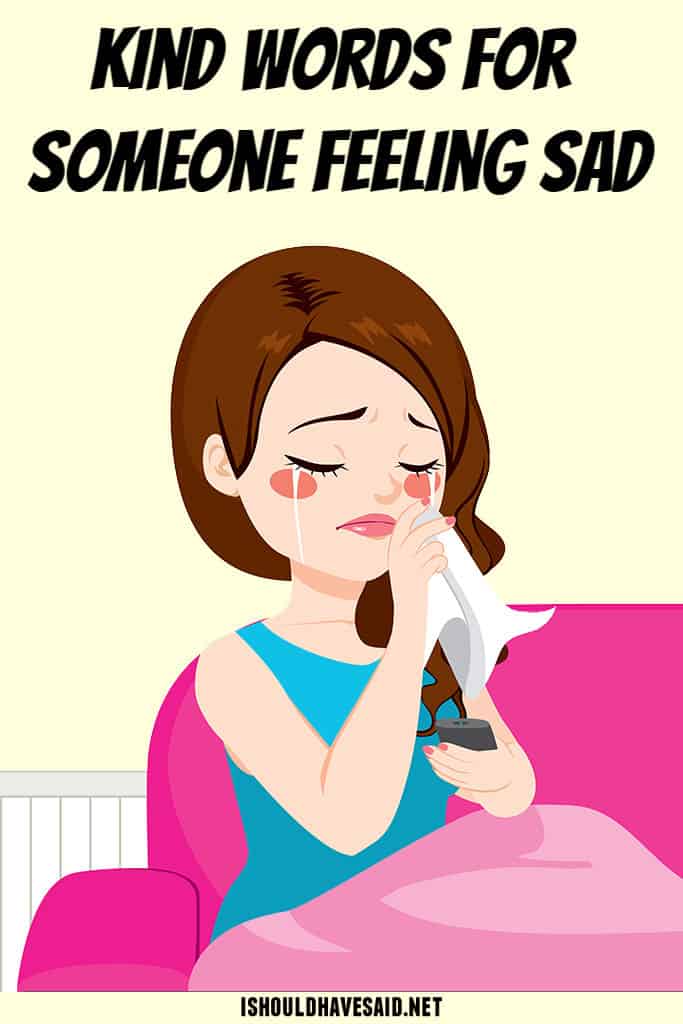 If someone close to you is feeling sad it can be disheartening. There’s nothing worse than seeing a friend or a loved one in pain and feeling down.

In life, there will be peaks and valleys, when a person is in a prolonged valley life can be particularly challenging. We all experience times in our life when things don’t work out as planned to leave us feeling down in the dumps.

It is important to remember when you are feeling sad is that the challenging times are not permanent, even if they may feel so at the time. When you overcome the obstacle you are currently facing you will stretch as a person and be able to take on future challenges.

It’s in the dark times that we find out who we really are and what we are truly capable of achieving. Unfortunately, growth doesn’t happen in comfort zones. Hard times also reveal who is really there for us and who sticks by us in tough times. The sad times won’t last but the growth from challenging situations will last a lifetime.

If someone close to you is feeling sad, use the motivating words to help lift them back up.