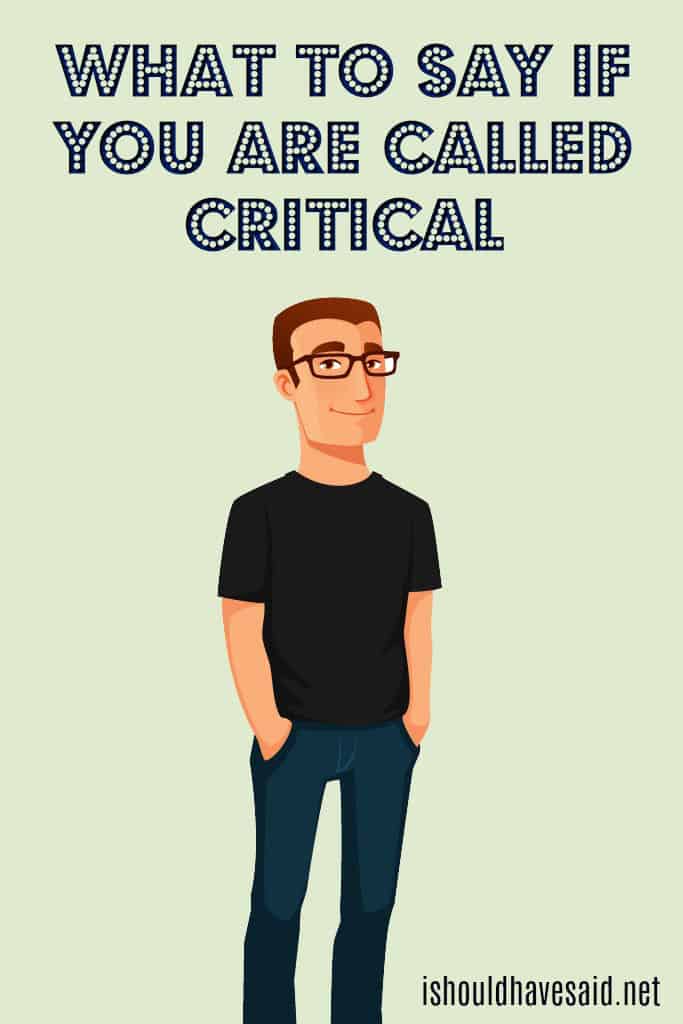 We all get called on to give feedback from time to time, but some folks just don’t want to hear negative comments about their performance, attitude or anything they do. Feedback is the breakfast of champions, how can you get better at something if you don’t know that you’re off track in the first place? People who can’t take criticism usually turn around and shoot the messenger, they will complain that you’re the problem and you are being overly critical.

If somebody is angry because they didn’t like your perceived negative comment, and they complain that you’re being too critical, you can either take it or use a few of these snappy comebacks as a retort.

Tell us what you think is the best answer, if you have an even better comeback leave it in the comments below.

Vote for the best comeback when someone calls you critical 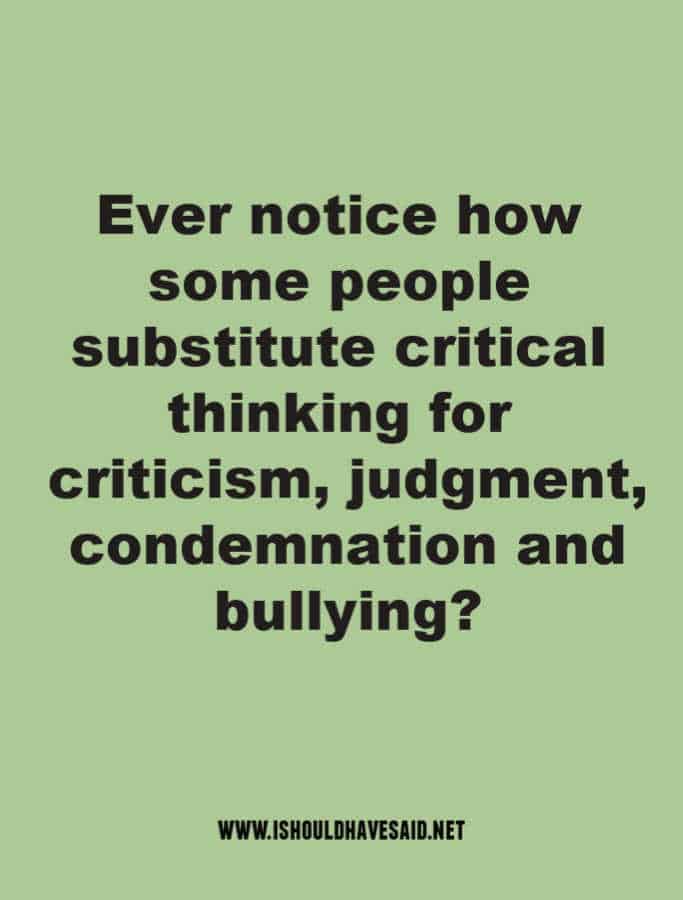 Simon Cowell has made a living criticizing people on TV

Talent show judge, Simon Cowell, is known for his wicked tongue and his quick wit. He doesn’t sugar coat anything, he tells contestants how it really is with his critical commentary.

I think you have to judge everything based on your personal taste. And if that means being critical, so be it. I hate political correctness. I absolutely loathe it. – Simon Cowell

Imagine how dull America’s Got Talent would be without a few truthful remarks. Keep up the good work
Simon!

Got any comments, questions or tips for dealing with someone who says you’re too critical? Share them in the comments below.