If you live in the modern world there is a pretty good chance that you probably experience stress on a daily basis. Every time you turn the news there is an earthquake, a volcano erupting or a tragic shooting in a classroom.

Being “stressed out” is usually linked to feeling overwhelmed or under pressure. Students who are studying for their final exams tend to be stressed out and worried that they are going to do well.

Here are a few fun things you can say next time people ask if you are stressed.

If you can think of an even better comeback, leave it in the comments below. 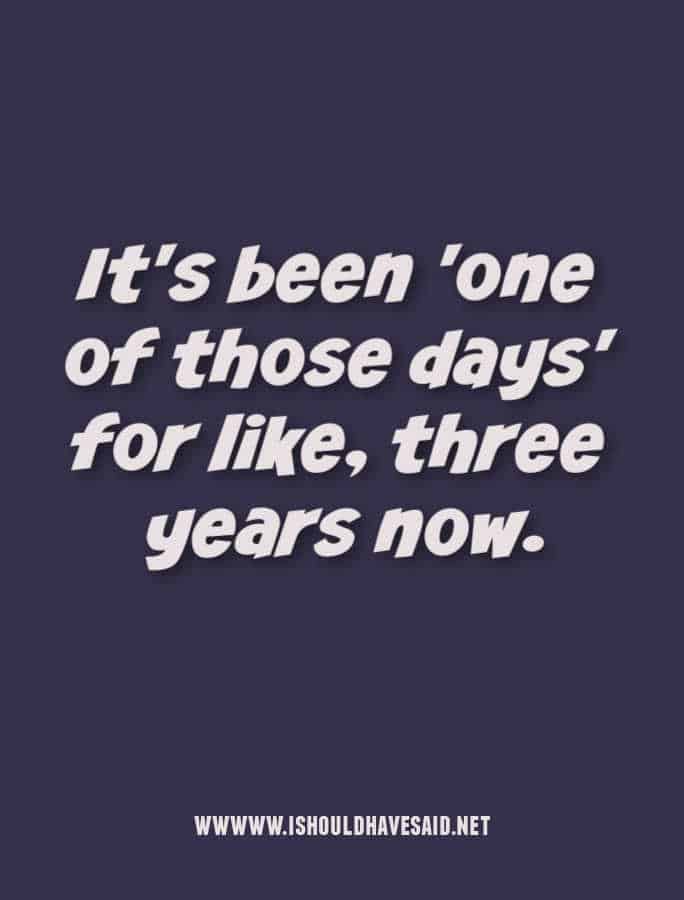 Parents decide to home-school their kids for many different reasons and families who put their kids in public school always want to know why.

Public school isn’t for everyone, some parents don’t want their children to be in a class with kids who have major behavior problems, different religious beliefs or who are slow academically. If you homeschool bright children, they may even be able to skip ahead a couple of grades.

Some people may find your reasons for homeschooling insulting or politically incorrect. Next time someone asks you why you homeschool, try using one of our great comebacks to let them know why in a kind way.

Got any comments, questions or tips for dealing with someone who asks why you home school? Share them in the comments below.

Clever replies when someone asks if you miss them 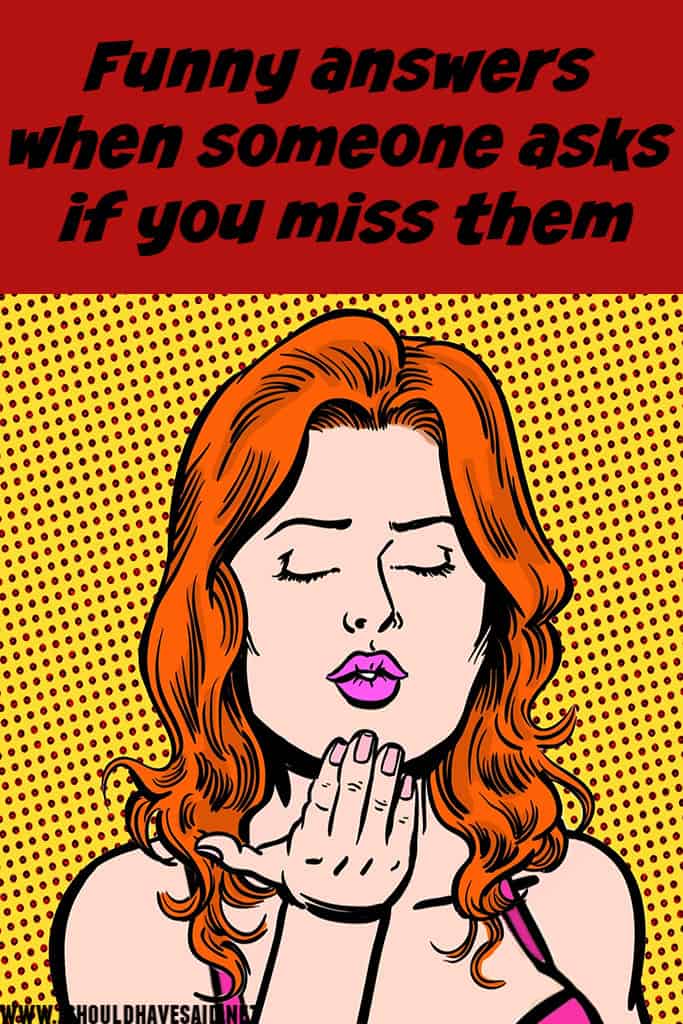 When someone asks if you miss them they may be fishing to find out where they stand with you. They don’t want to be the first person to put themselves out there in the relationship, like saying I love you the first time, especially if the feelings aren’t reciprocated.

You can play with the person a bit and say, “why do you ask?” and put the question back tothem or ask them to send you a few sexy pics to help you remember what they look like.

Honestly can be a great policy but, if you outright say no, I wasn’t missing you at all, it could damage your future relationship.

Some people in relationships need more reassurance than others and like to hear how much their partner loves them. It can get a little old if you have a needy girlfriend or boyfriend who is always wanting confirmation, and constantly asks how much you miss them or what you’re thinking about.

Remember, people also like a challenge if you are too available it puts some people off.

If you get tired or the repetitive do you miss me question, try one of our snappy comebacks below.

Got any comments, questions or tips when someone asks if you miss them. Share them in the comments below.

What to say when someone calls you a moron

When a verbal bully calls you a moron you may be taken aback, even a little startled. After all, it is a very nasty thing to say to someone.

Some people think you should just ignore it, but if you do there is a pretty good chance the person will think you are an easy target, and they will probably single you out for more abuse in the future.

When an idiot calls you a moron, use of our snarky comebacks below. Vote for what you think is the best answer.

Vote for the best comeback when someone calls you a moron

Acting like a dick won’t make yours any bigger.
Can you die of constipation? I am a little concerned how full of shit you are.
Could you please repeat what you just said in English. I don\'t speak moron.
If you’re gonna be a smart ass, first you have to be smart. Otherwise you’re just an ass.
Scientists say that the universe is made up of protons, neutrons and electrons. They forgot to mention morons.

Got any comments, questions or tips for dealing with someone who calls you a moron? Share them in the comments below.

What to say when you are being pressured to have sex

When you’re a teenager and someone is pressuring you to have sex with them they are thinking more about their own needs than yours. If you love the person, you feel guilty and pressured to concede to their wishes when it may not be the right choice for you.

When I was in high school a kid at my school named Toby wanted his girlfriend Khloe to have sex with him and he was constantly pressuring her. He was not a good person and had a reputation for drugs and drinking. His girlfriend broke up with him after he kept pressuring her and he even slammed her publicly on Instagram, embarrassing her in front of everyone.

A couple of weeks after the break up, Khloe realized what a jerk Toby actually was. She was grateful she didn’t give in and have sex with him.

If someone better comes along would you regret that you wasted your virginity on this person?

In many cases, if someone is pressuring you to have sex with them it may not be a good relationship.

Snooki lost her virginity to a high school senior, who she thought liked her. When she went back to school after it happened, the guy totally ignored her, and she realized that he was a jerk and she felt terrible about the situation.

“When I saw him again in class, he ignored me. I was like, ‘Cool. This is what life is? Great.’ I definitely regret my first time. It sucked.” – Rolling Stone Magazine