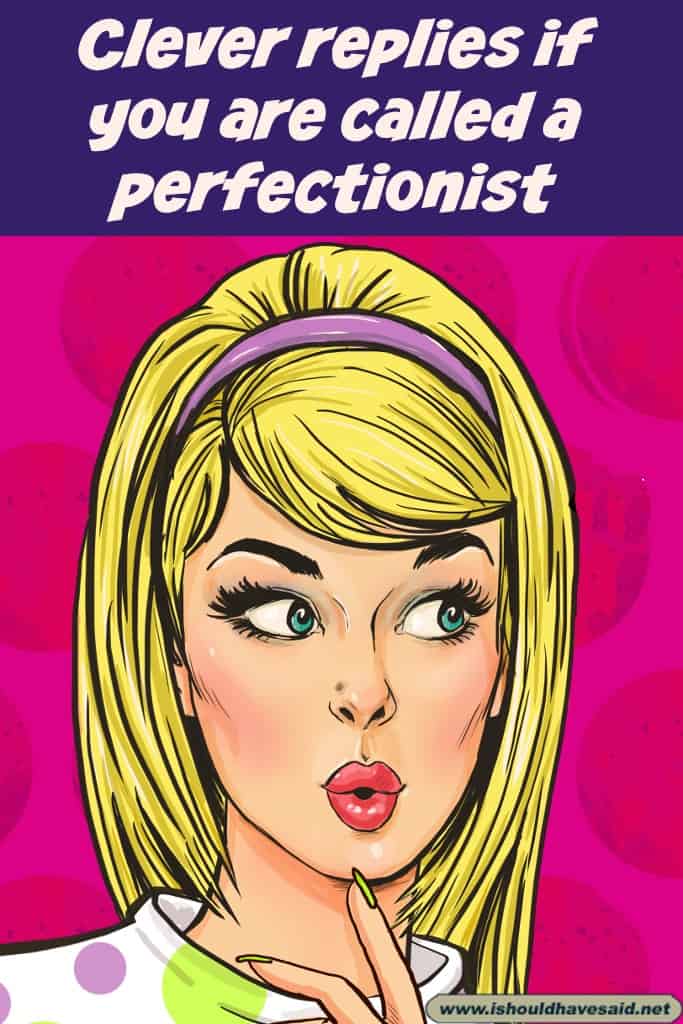 You know you’re a perfectionist if you have really high standards, unbeatable persistence and you are driven to make things happen. People complain about perfectionists because they set such high standards for themselves and other people to live up to.

Being a perfectionist is both a blessing and it can be a curse, Martha Stewart built an empire using her critical eye to turn something that looked ordinary into something extraordinary. Yet Martha drives a lot of her staff bonkers with her demanding ways.

You will find perfectionists are airline pilots, architects, copy editors, surgeons. Yikes, where would the world be without talented people who can pay attention to the details? Yeah, people like to complain about people who are obsessed about getting things just right, but nobody wants to hire a sloppy surgeon.

Next time someone is giving you a hard time because of your perfectionist tendencies, use one of the clever replies and make the person think twice before they criticize you again.

Vote for the best comeback for being called a perfectionist 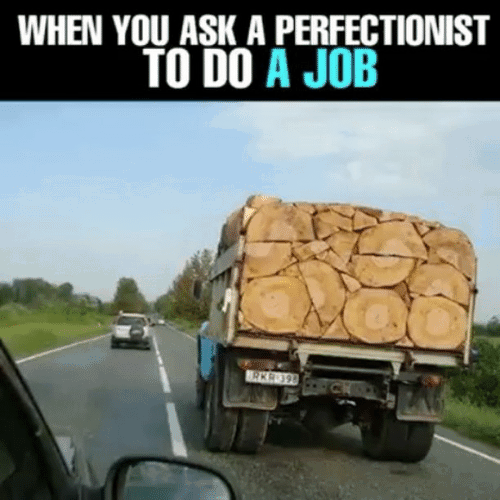 Steve Jobs was the world’s most popular perfectionist

Steve Jobs was driven by perfection to create the perfect product. He brought the world the technology we just can’t live without. Image making your commute without being able to listen to your favorite podcast.

Steve only accepted perfection from himself and his employees, anything less was unacceptable. While he may be remembered as the world’s greatest innovator, what we can also learn from Steve Jobs is how to take a perceived weakness and turn it into your greatest strength.