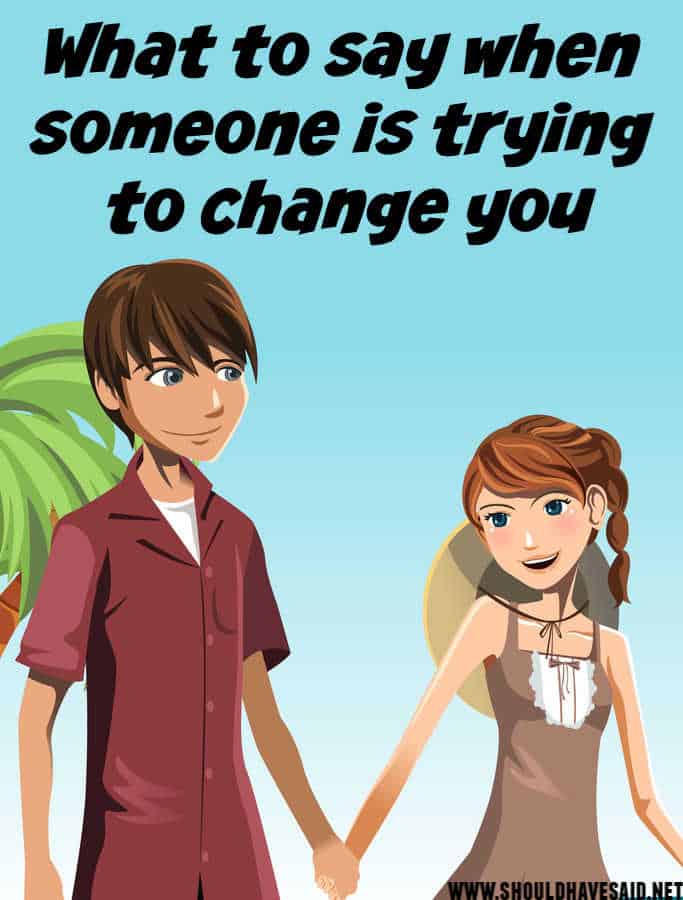 Lazy people like to blame others for their own problems and shortcomings. Rather than put in the work to improve themselves, they point out how everyone else around them needs to change. They might start by saying that you need to change the way you dress, chew your food or who you hang out with. Slowly over time, their criticism can start to chip away at the essence of who you really are.

When a friend or loved one tries to change who you are it is very hurtful. There is a difference between genuine helpful feedback and a petty personal opinion.

If someone gives you honest feedback about how you can improve your life you probably want to listen and possibly implement some of it. Constructive feedback doesn’t include personal attacks on who you are, like the way you look or interact in the world.

When a person says that you need to change, it doesn’t mean that there is anything wrong with you, try and remember that it is just one person’s personal opinion. Just because someone doesn’t like something about you doesn’t mean it’s a bad trait.

Many famous people were rejected and told to change something about themselves that eventually became their trademark. Cindy Crawford was told that she needed to remove a mole, Lauren Hutton was told to fix her teeth, she refused and became famous for her gapped tooth smile. Two publishers passed on Harry Potter, now imagine explaining how you turned that book down to your boss! Some folks can’t see talent or beauty even if it is standing right in front of them.

When someone asks you to change, let them know that you are happy the way you are using one of our great comebacks.

Vote for the best comeback when people try to change you 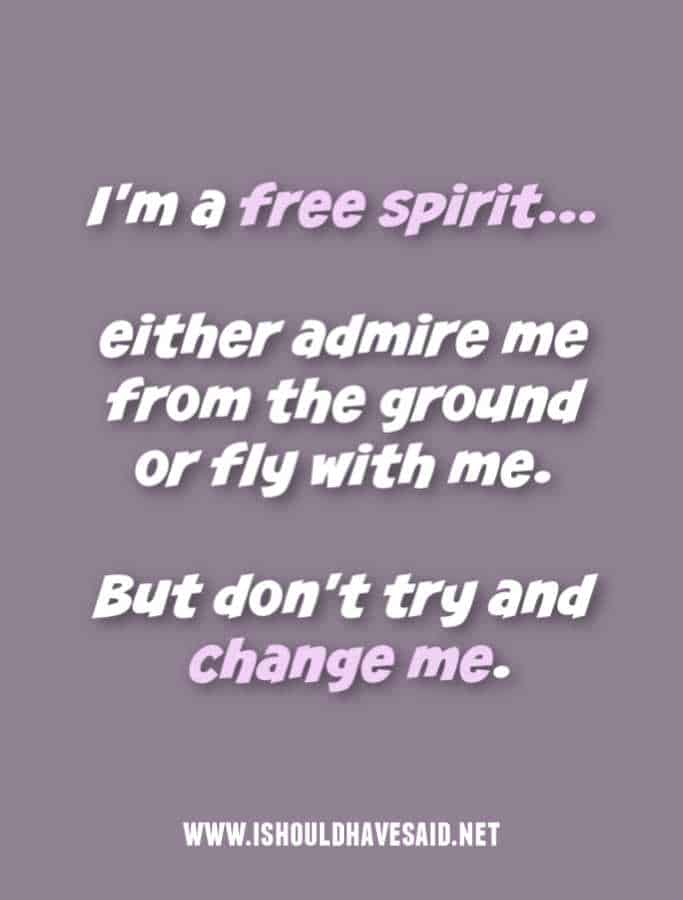