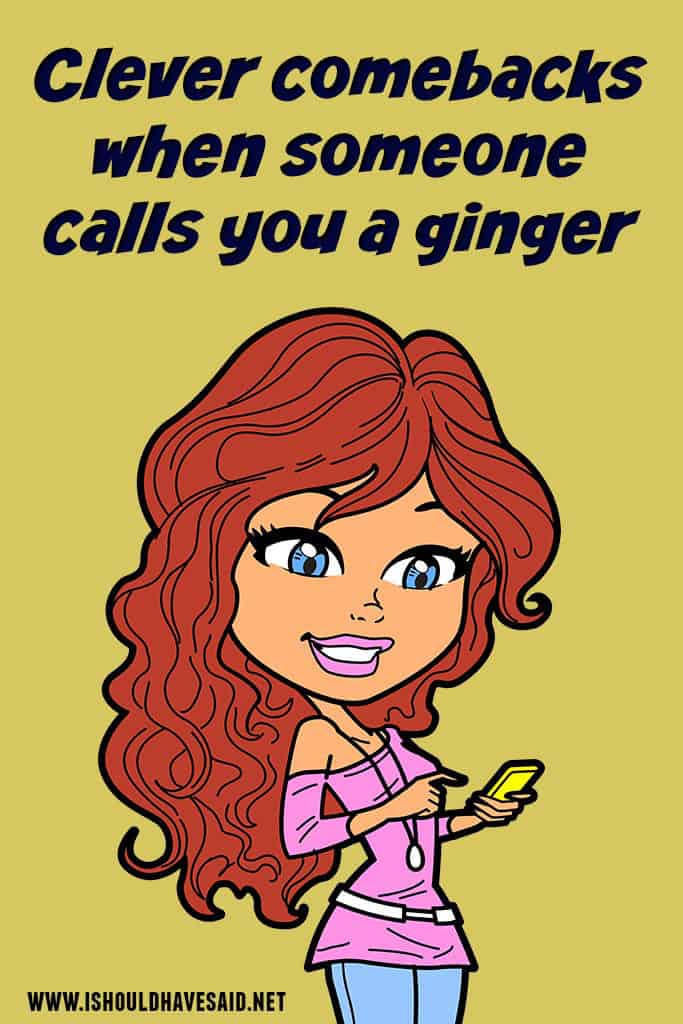 Urban Dictionary describes a ginger as, “A human characterized by pale skin, freckles and bright red hair.” Gingers are often stereotyped as not having a soul, having terrible tempers and stealing sun screen.

Even Prince Harry complained that he was bullied for being ginger at school. Why is discrimination against people with red hair  acceptable, there is no way it would be acceptable to make similar comments to overweight people.

Here are a few snappy comebacks that redheads can use to shut people up next time they make a rude comment.

Vote for the best comeback for being called a ginger

The British singer, Ed Sheeran,  of the song The ‘Lego House’ reveals that he was teased for his ginger hair growing up. Ed said, “I think everyone goes through a bit of bullying at school. Of course you get picked on for certain things, but I think it ends up being a positive,” A lot of kids are teased because they look different from their peers.” Ed shared “I was quite a weird kid when I was little, I wore big glasses, had hearing problems, had a stutter and I had ginger hair, but I am now a successful musician and I have nothing to complain about.” It may have been hard being teased for red hair growing up, but it actually helped his careers later on, as there weren’t that many ginger haired kids on TV or YouTube, so it made it easier for Ben to stand out and get noticed.

Got any comments, questions or tips for dealing for dealing with someone who calls you a ginger? Share them in the comments below.