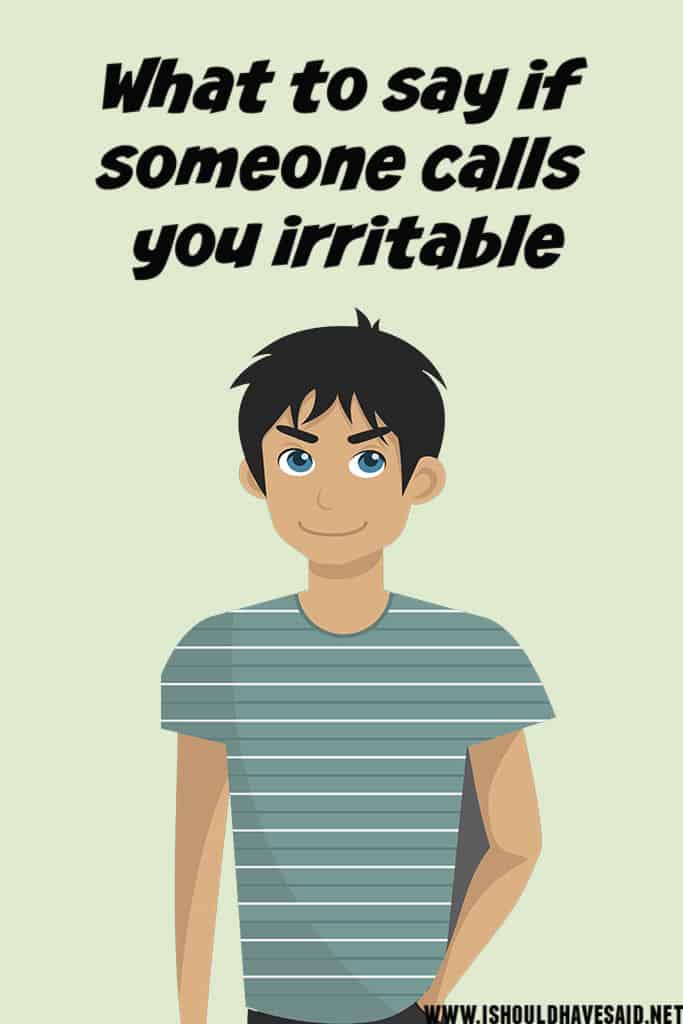 When people complain that you’re being irritable they are saying that you can easily get annoyed or become angry.

Some people might think you are being irritable without realizing that their rude behavior adds to the situation.

Liam was forced to do a project with a kid in his class who he wasn’t a big fan of. He tried to remain polite for as long as he could until his project partner started becoming really rude and complaining about other classmates. Liam told his partner to stop bad mouthing people and then the partner replied, “You are such an irritable, miserable git.” You can’t control other people’s perceptions or bad behavior.

Next time someone tells you that you are irritable in a snarky tone, use one of our clever comebacks.  Go ahead and vote for your favorite comeback below.

Vote for the best comeback when someone calls you irritable 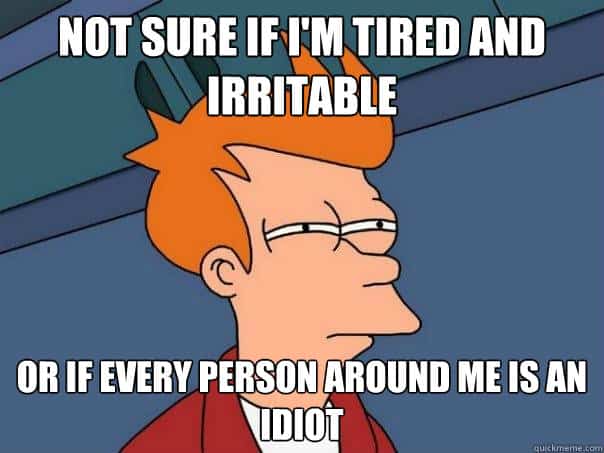